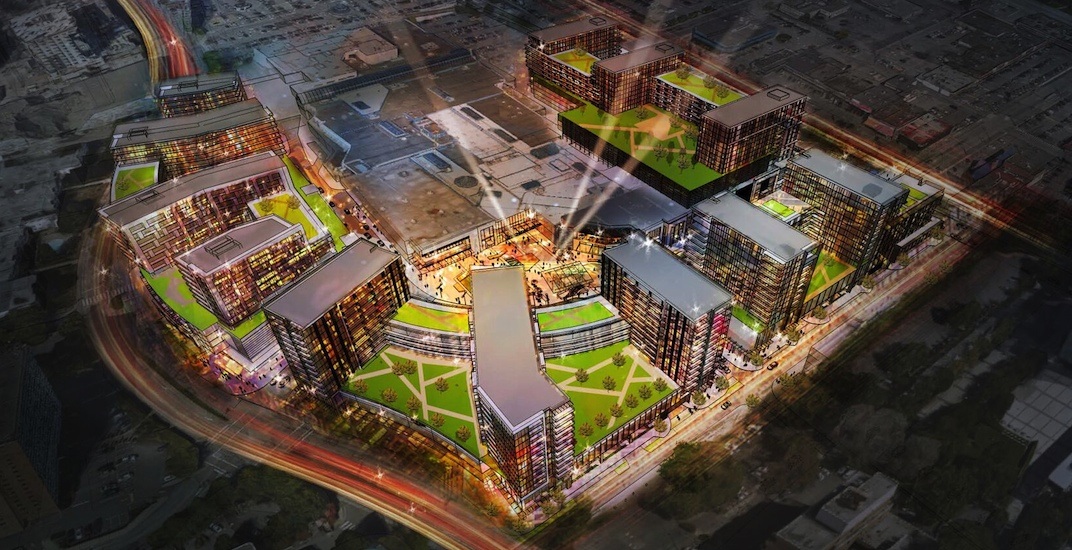 A plan to redevelop Richmond’s busiest shopping centre could become a model of redevelopment for how existing suburban malls can evolve and transition into the new era of retail by being a part of a mixed-use community setting.

Cadillac Fairview (CF), in partnership with local developer SHAPE, is moving forward with a significant redevelopment of CF Richmond Centre that would add ample new residential space to the 27-acre property, plus new retail, public spaces, and streets. 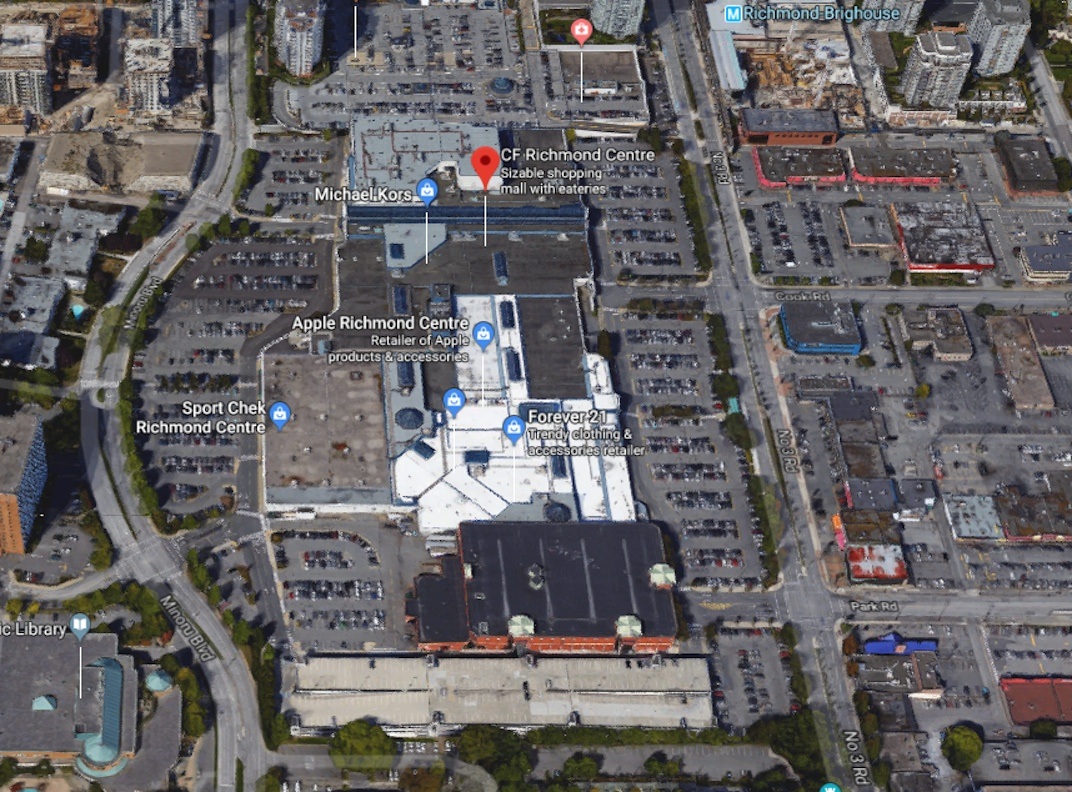 Artistic rendering of the CF Richmond Centre redevelopment on the underutilized ground-level parking spaces surrounding the mall and on the sites of Sears and the multi-storey parkade. (GBL Architects / Cadillac Fairview / SHAPE)

In an email, a spokesperson for SHAPE told Daily Hive the redevelopment will include 1,800 new homes with a wide range of residential size types, including many homes that will be suitable for larger families.

Designed by GBL Architects, there will be 12 new buildings reaching up to 14 storeys in height, with the new development replacing the underutilized ground parking space that surrounds the mall and both the multi-storey parkade and former Sears building on the south end of the property.

The parkade and Sears building on the south end of the existing CF Richmond Centre will be demolished in the redevelopment. (Google Maps Streetview)

Townhomes are also planned, specifically along the redevelopment’s frontage along Minoru Boulevard and other nearby areas.

Residents in the redevelopment will have access to landscaped courtyards and amenity spaces on the roofs of the building podiums. 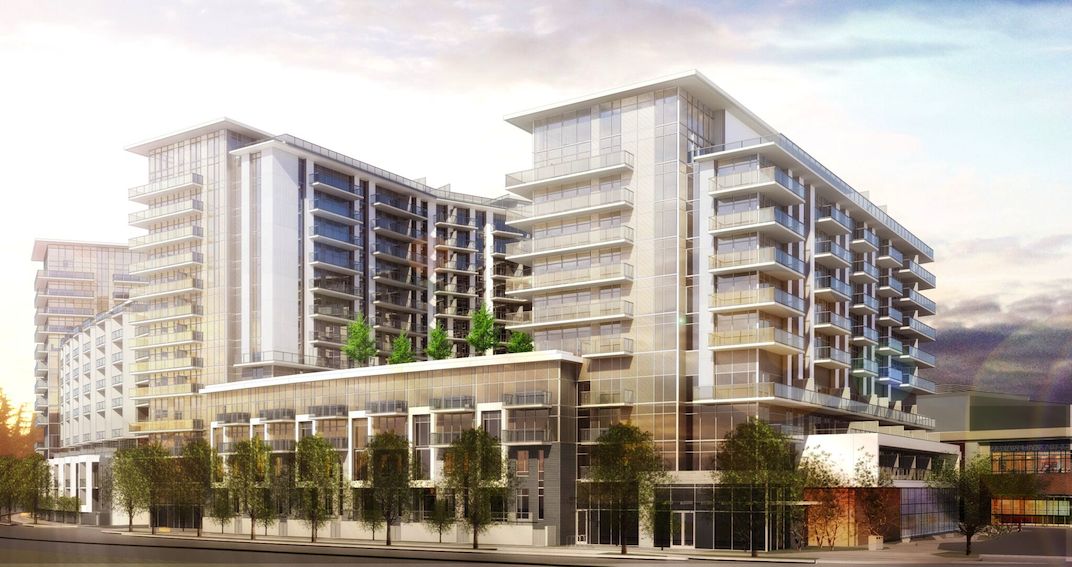 New retail space is envisioned as both an expansion of the indoor mall and the creation of new storefront retail space within the lower floors of the new residential buildings.

Relatively minimal changes are expected for the existing indoor mall building, apart from the additions to integrate the edges of the indoor mall with the new surrounding buildings and public spaces. 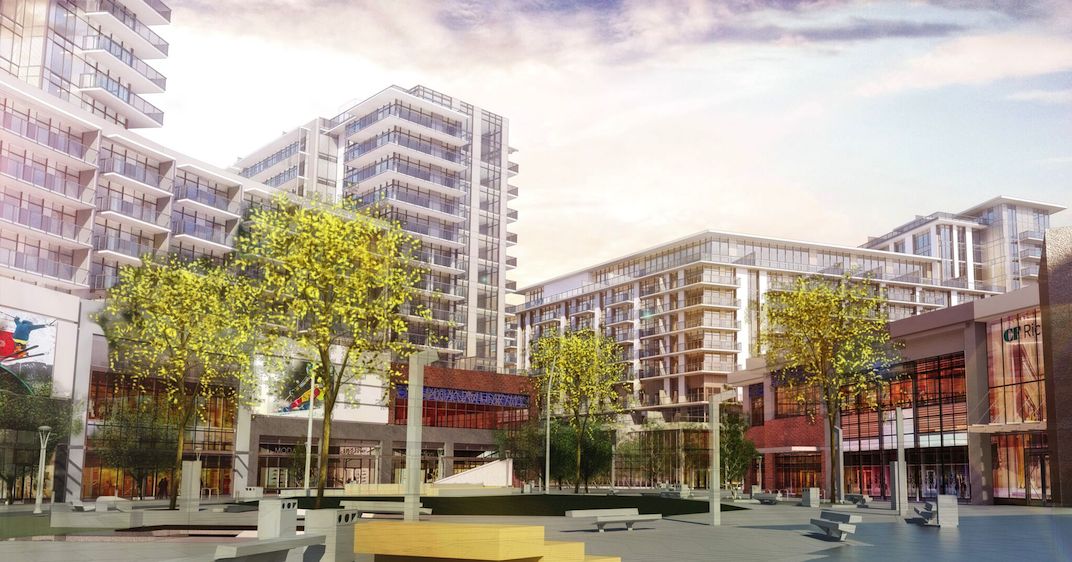 “These homes will be thoughtfully integrated throughout the site, giving residents an ideal urban lifestyle with shops, restaurants, services and public spaces within walking distance,” says SHAPE.

“When complete, CF Richmond Centre will celebrate the character of Richmond among the features that define the best global cities. Its culture, comfort and connectedness will create a world class lifestyle – and this lifestyle will be experienced by the residents, visitors and community surrounding the new CF Richmond Centre.” 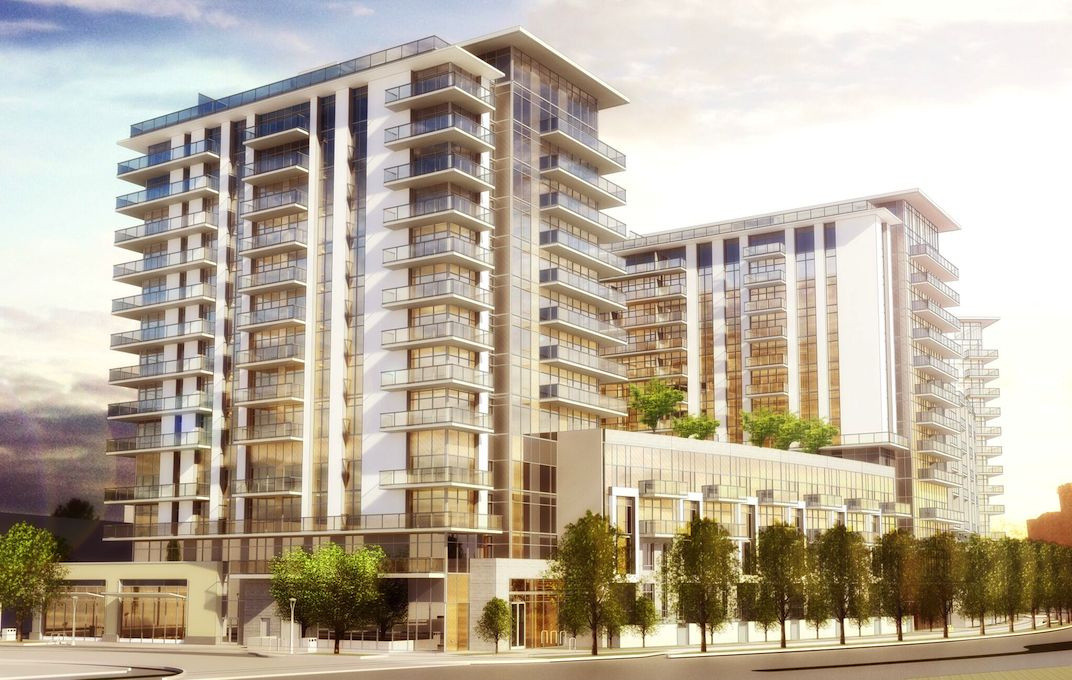 A new public street linking Minoru Boulevard to the west and No. 3 Road to the east will run along the property’s southern border.

Additionally, a large open plaza with event-hosting capabilities is planned for the southwestern corner of the existing indoor mall building – within a space that is currently used as ground-level parking.

The existing ground-level parking space at the southwest corner of the indoor mall building is slated to become an open plaza. (Google Maps Streetview)

No rezoning is required for the project as the plan abides by the density set by existing zoning, but a community plan text amendment was required. A development application was submitted by the proponents last year. 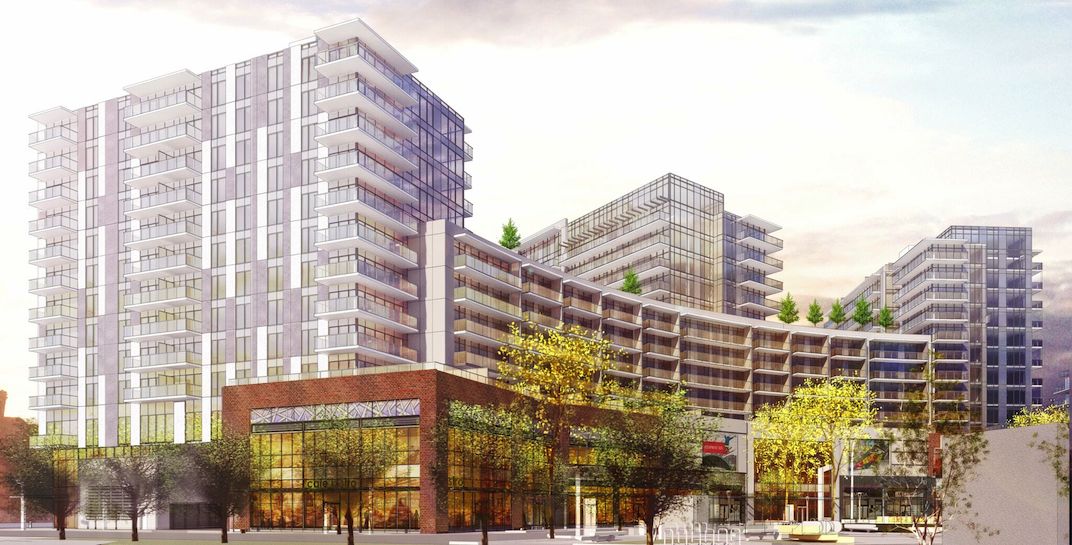 The project is expected to be built in two phases, with construction of the first phase beginning in 2019 for a completion in three to four years.

An 8,500 sq. ft. presentation for RC at CF Richmond Centre, the name of the residential portion of the redevelopment, will be ready in fall 2018. 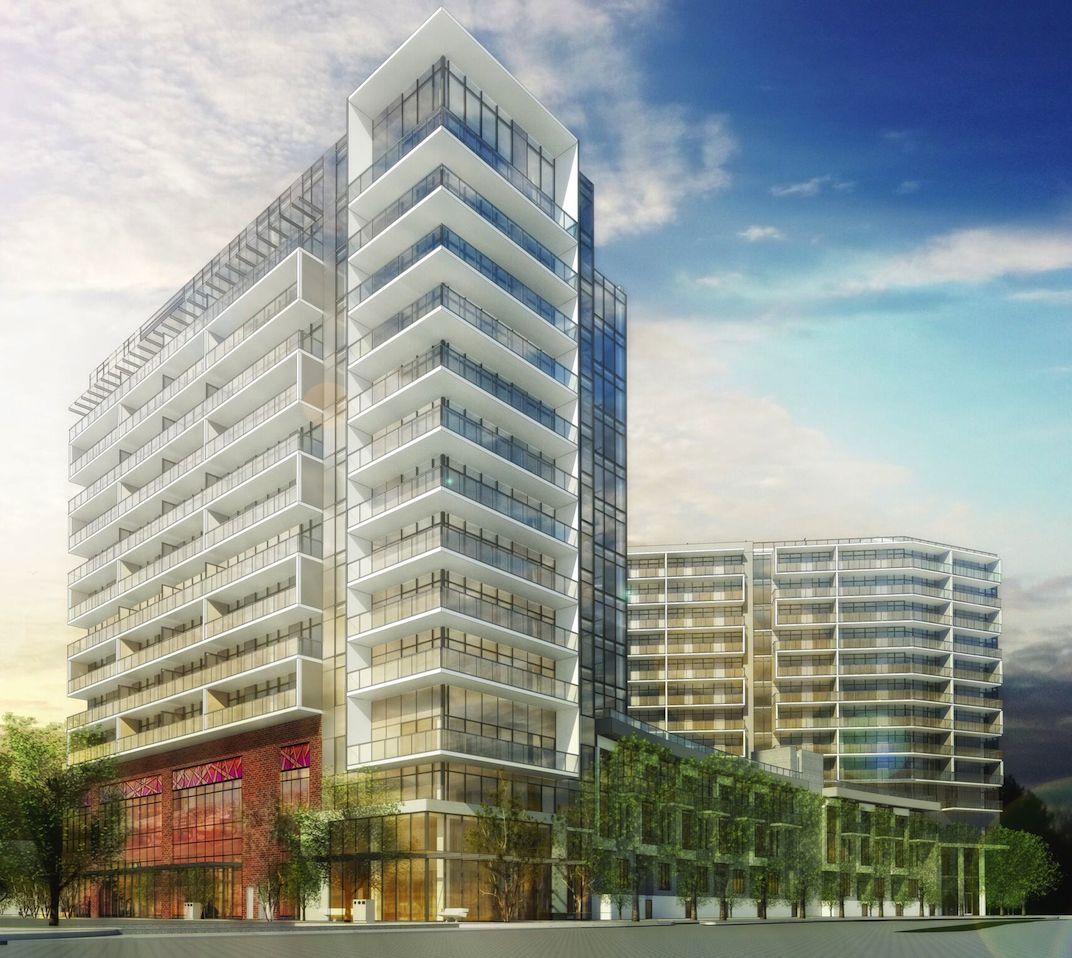 CF owns and operates a number of Canada’s largest and top-performing shopping malls, including CF Pacific Centre and CF Toronto Eaton Centre. Its development partner, SHAPE, is behind the largest redevelopments currently being planned and built in Metro Vancouver, namely The Amazing Brentwood, which opens in 2019, and the City of Lougheed – the redevelopment of Lougheed Town Centre.

CF Richmond Centre is one of many major redevelopment projects planned for Richmond’s No. 3 Road corridor between the Canada Line’s Bridgeport Station and Richmond-Brighouse Station. This includes: