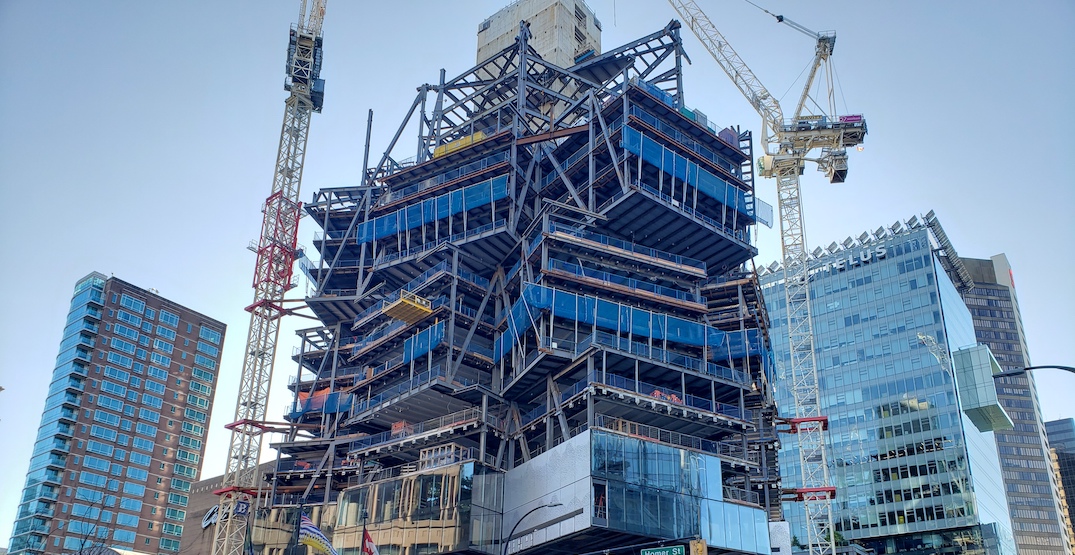 Three months into COVID-19, a new report highlights there will be a short-term impact on downtown Vancouver’s office market, but it forecasts a strong outlook after the pandemic, over the medium and longer term.

CBRE Vancouver’s National Investment Team says subleasing activity has increased the office vacancy rate from the severe shortage conditions of 2.2% just before the pandemic to a still low rate of 4%, with subleasing activity increasing from 37 listings at the end of 2019 to 90 this week — about 500,000 sq. ft. of space in total.

Just six of the available sub-leases in downtown Vancouver are larger than 10,000 sq. ft., and only five are larger than 20,000 sq. ft. There is an increase in subleasing activity from the temporary uncertainty that pushed some tenants to withhold from moving forward with their leasing contracts and refuse occupancy.

Prior to the pandemic, downtown Vancouver’s office market was on track to quickly absorb the new supply of 3.9 million sq. ft. of office space under construction, which has continued without delay over the last few months. This construction will represent 16% of the downtown Vancouver office market, with 66% of this space pre-leased before the onset of the crisis, which is considered high.

The vacancy rate without the pandemic was forecast to reach 4% by 2024, but it is now expected to rise to 7%, which is still under the healthy “balanced office market” rate of 8%. CBRE emphasizes this is an “extremely conservative forecast.”

Comparatively, downtown Vancouver’s office vacancy rate reached a low of about 14% in the early 2000s from the tech bust, and the 2008 financial crisis only doubled vacancies to about 6%. For further perspective, the office vacancy rate in downtown Calgary, already depressed by low oil prices, recently increased slightly to 26.5%.

“While demand has diminished for now, we expect the pre-COVID demand trend to resume to a large degree as the economy begins to open up, given the strong underlying macro-economic fundamentals,” reads the report.

Analysts state BC’s economic rebound is expected to lead all provinces in 2021, and major construction projects for transportation infrastructure and energy will be a catalyst for economic recovery.

Additionally, Vancouver’s tech sector is expected to continue as a significant driver of demand for office space. The tech industry in the city has fuelled population growth and attracted highly-skilled immigrants.

“By any historical measure, and in comparison to most markets around the globe, Vancouver remains fundamentally one of the strongest office markets anywhere,” continues the report.

CBRE is reporting rent collection rates from major Vancouver office space landlords in excess of 90% and increasing through the worst of the pandemic. A minimal impact on lease rental rates, landlord revenues, and office building values is expected. 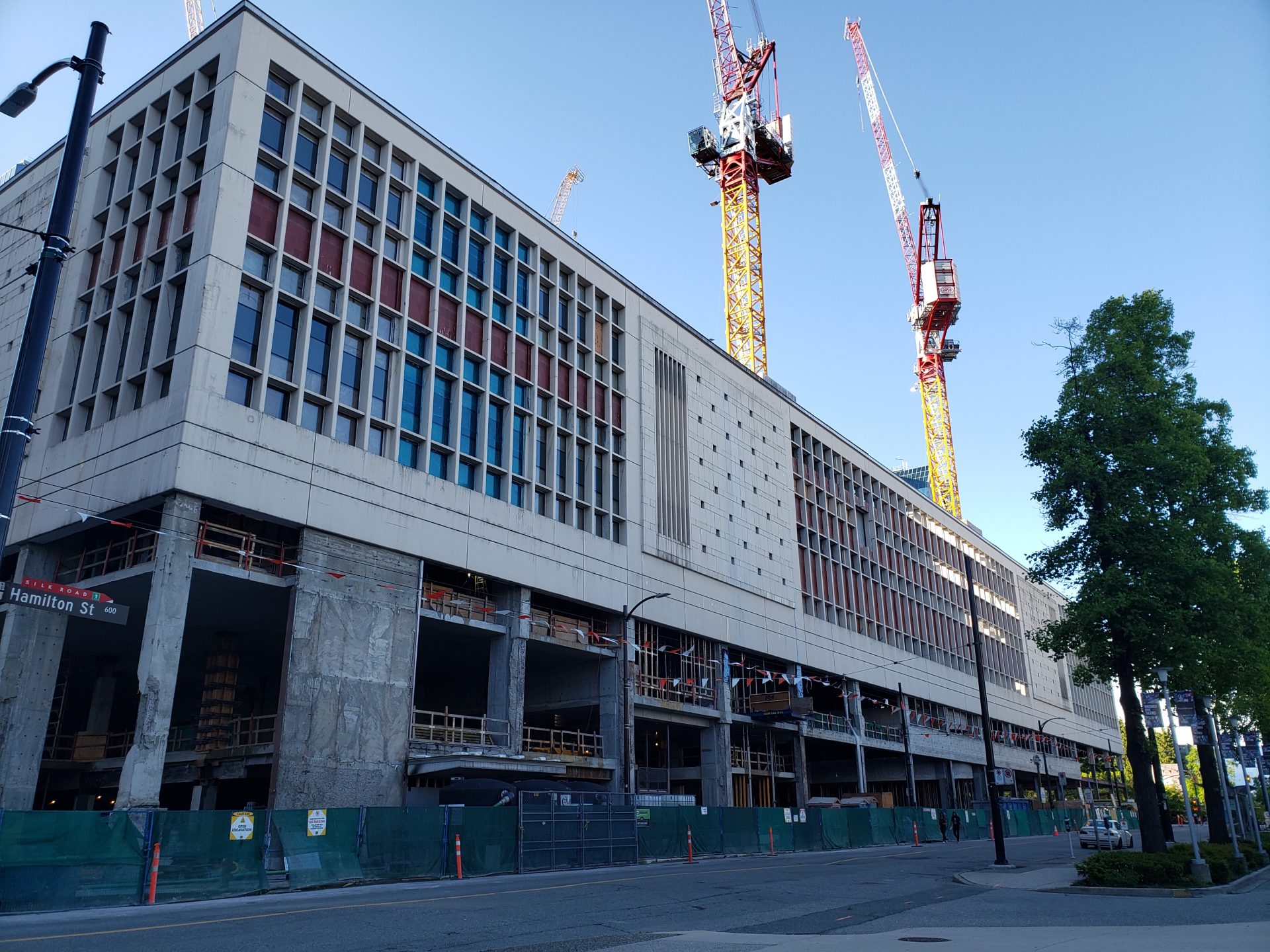 Construction of The Post office complex on May 17, 2020. (Kenneth Chan / Daily Hive)

The report acknowledges COVID-19 will have a lasting impact on physical workspace, specifically on wellness protocols for both landlords and tenants, and the emergence of remote work.

But analysts suggest the possible paradigm shift impact and desire for work from home has been overstated, and does not account for other factors such as loneliness, lower rates of promotion, and the “intrinsic human competitive factor.” Companies looking to expand their office space to provide their workers with more room would also offset some of the losses.

“While the new work from home reality appears to have some short-term, positive effects on corporate top and bottom line growth due to increased productivity and decreased real estate costs, it comes at the expense of employee satisfaction and advancement, potentially damaging a corporation’s competitive advantage in talent acquisition and retention,” reads the report, which cites various survey results that shows only a small proportion of employees want to continue working from home after the pandemic.