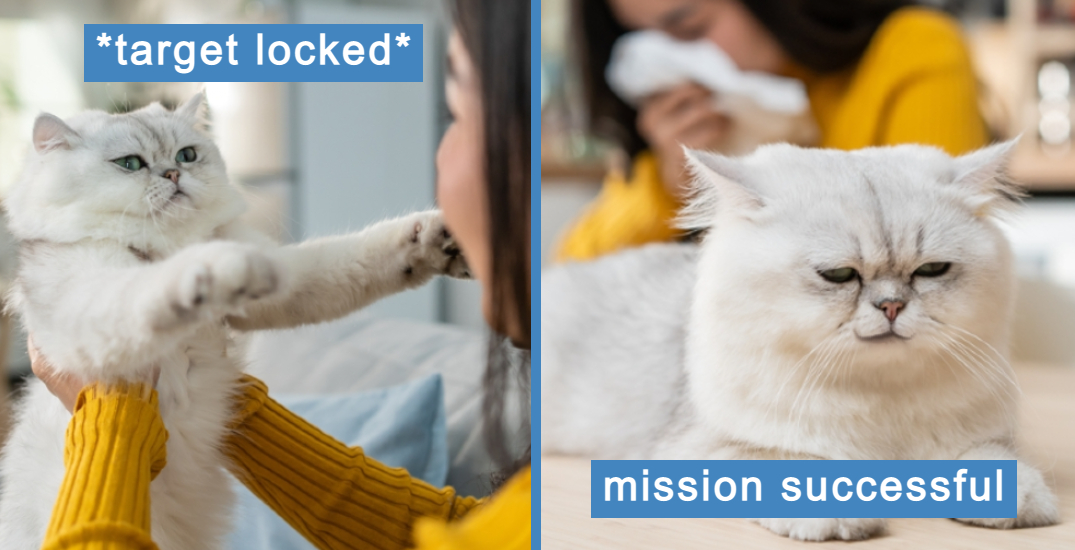 A cat may have given COVID-19 to a human, according to an in-depth case study by a research group in Thailand.

In August last year, a kitty came in contact with a veterinarian — a 32-year-old woman in good health who lived alone in her on-campus dorm at the Prince of Songkla University in southern Thailand.

Their meet-up at the hospital lasted just about just 10 minutes, during which the vet examined the cat to ensure its health and well-being. She was wearing gloves and an N95 mask the entire time.

The cat, whose owners had COVID-19 and were also hospitalized, returned the favour by sneezing on the vet during a nasal swab.

Three days went by and the woman began experiencing some pretty bad symptoms. She had a runny nose, fever, and a productive cough, meaning she was coughing up mucous or phlegm.

She consulted doctors on the fifth day of the symptoms, undergoing tests to confirm she had, in fact, contracted the virus. But her coworkers, whom she came in contact with that day, tested negative.

You’re probably wondering how scientists came to the conclusion that the cat gave the woman COVID-19 and not another human. Well, they went pretty in-depth, conducting a thorough genetic study.

They analyzed the SARS-CoV-2 genomes of the cat and its owners and found that they were identical to those obtained from the woman. They also differed from the COVID genomes of other patients in the region.

The researchers’ hypothesis supported that the soft kitty, round kitty, little ball of fur served as a vector of coronavirus. The 10-minute hang was “enough to transit the virus,” they said.