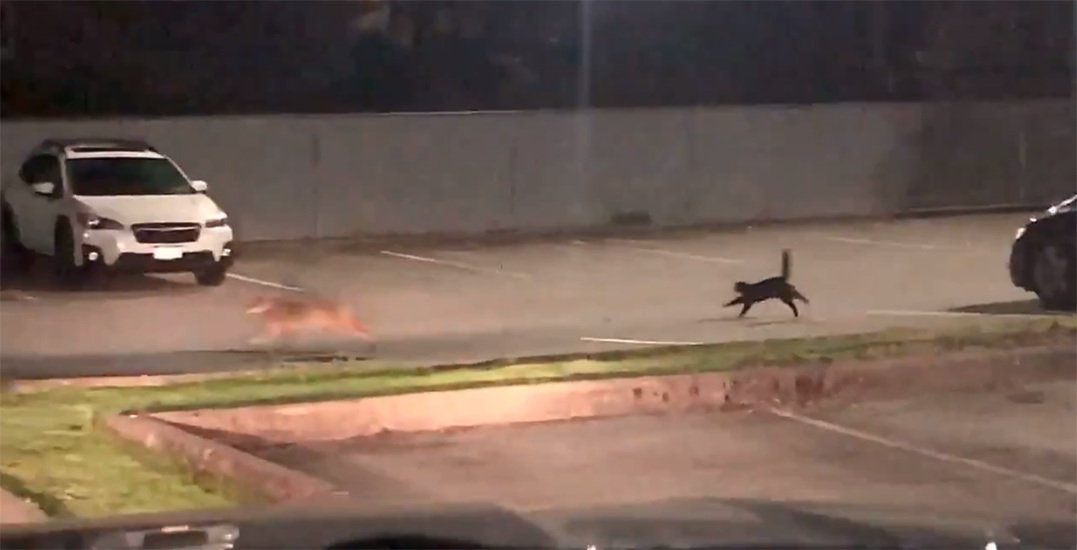 A comical encounter between a cat and a coyote was captured on video last Friday.

Naturally, many people found the exchange hiss-terical. A member of the Vancouver Police Department (VPD) asked if they could borrow the cat to help manage the coyote encounters in Stanley Park.

Can we borrow the cat for a few days? #StanleyParkCoyote

Police added that they followed the coyote to ensure it wasn’t travelling in a pack. The same cat would later be found hanging around the police station over the weekend.

It’s definitely not your average scaredy-cat.