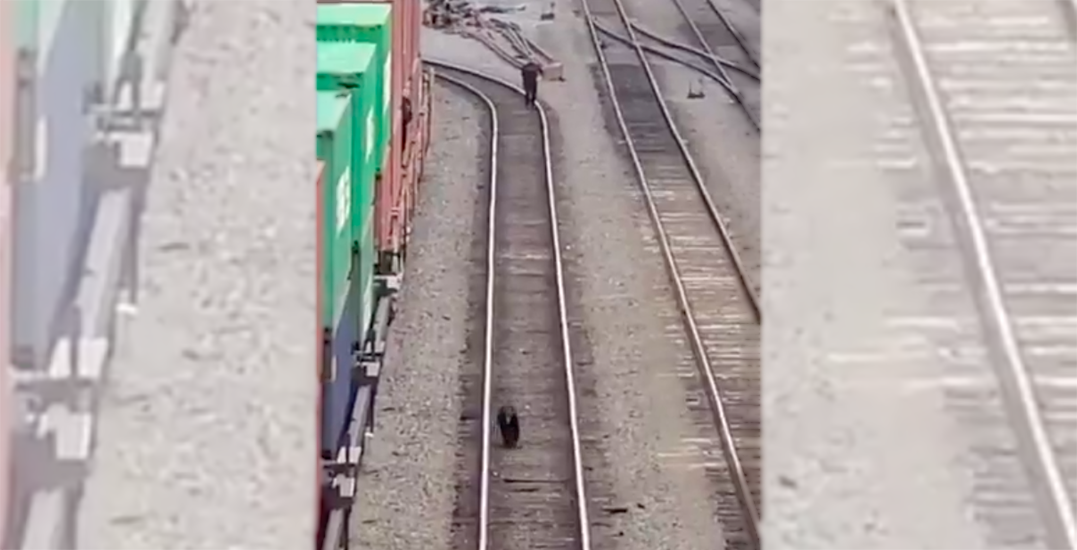 Talk about being on the wrong side of the tracks.

Residents in downtown Vancouver caught a rare and peculiar occurrence on Wednesday when a bear was spotted wandering a set of train tracks.

One Vancouver resident saw the bear wandering outside his studio in Gastown and captured the experience to share on social media.

I’ve a bear outside my studio, downtown Vancouver. Yes, a Bear. #GastownBear pic.twitter.com/P5RRqn7opL

As #VPD work to chase down the #GastownBear outside my window this aft. pic.twitter.com/AJ90o6ZG72

Daily Hive has reached out to the BC Conservation Officer Service for additional details.