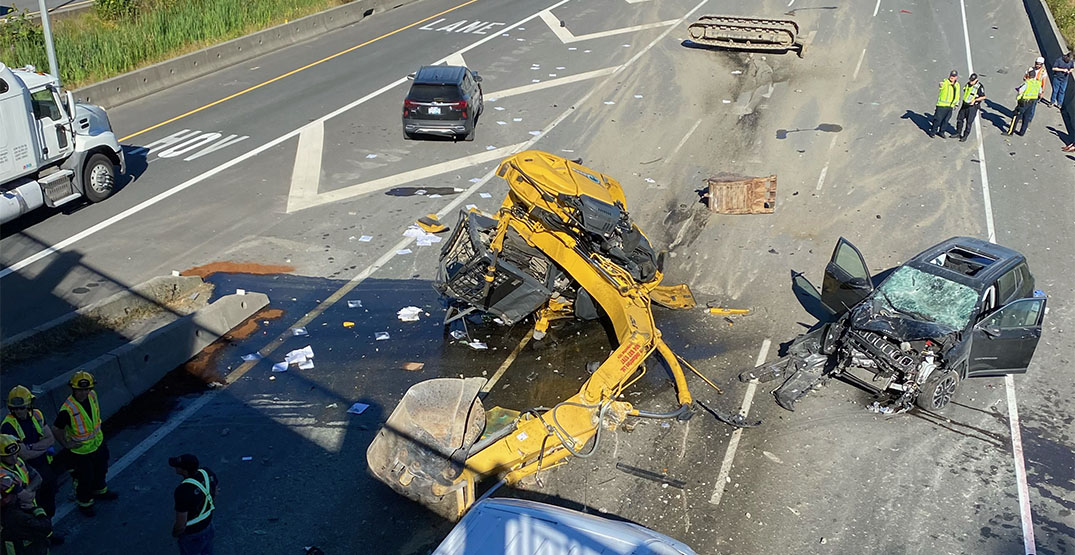 Two people are in hospital after a truck crashed into an overpass along Highway 1 in Langley, BC.

BC Emergency Health Services said the 911 call came in just after 8 am, and two ground ambulances transported two patients to hospital.

The collision happened under the 192nd Street overpass and DriveBC cautioned motorists to expect major delays.

UPDATE – #BCHwy1 – Due to the major vehicle incident at 192nd St. in #LangleyBC, WB traffic is being diverted off the highway at 200th St. Please drive carefully and expect major delays. Please avoid the area and plan your route accordingly. #SurreyBC pic.twitter.com/iQgj0UBK9S

Traffic was diverted off the highway via 200th Street.

By noon the HOV lane had reopened, but westbound lanes remained closed, according to a tweet from the Ministry of Transportation.

Photos from the scene submitted by Daily Hive reader Randy Andersen show a smashed vehicle and a collapsed construction vehicle below the overpass. Several crews in yellow reflective vests assess the situation. 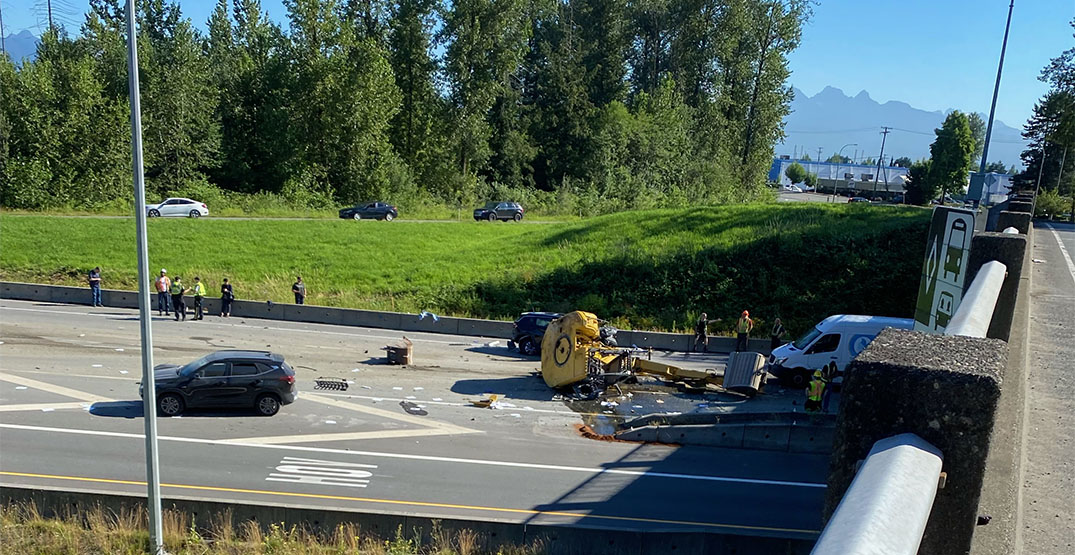 Damage to the bridge can also be seen in another photo. There appears to be a hole in the cement from where the truck made impact. 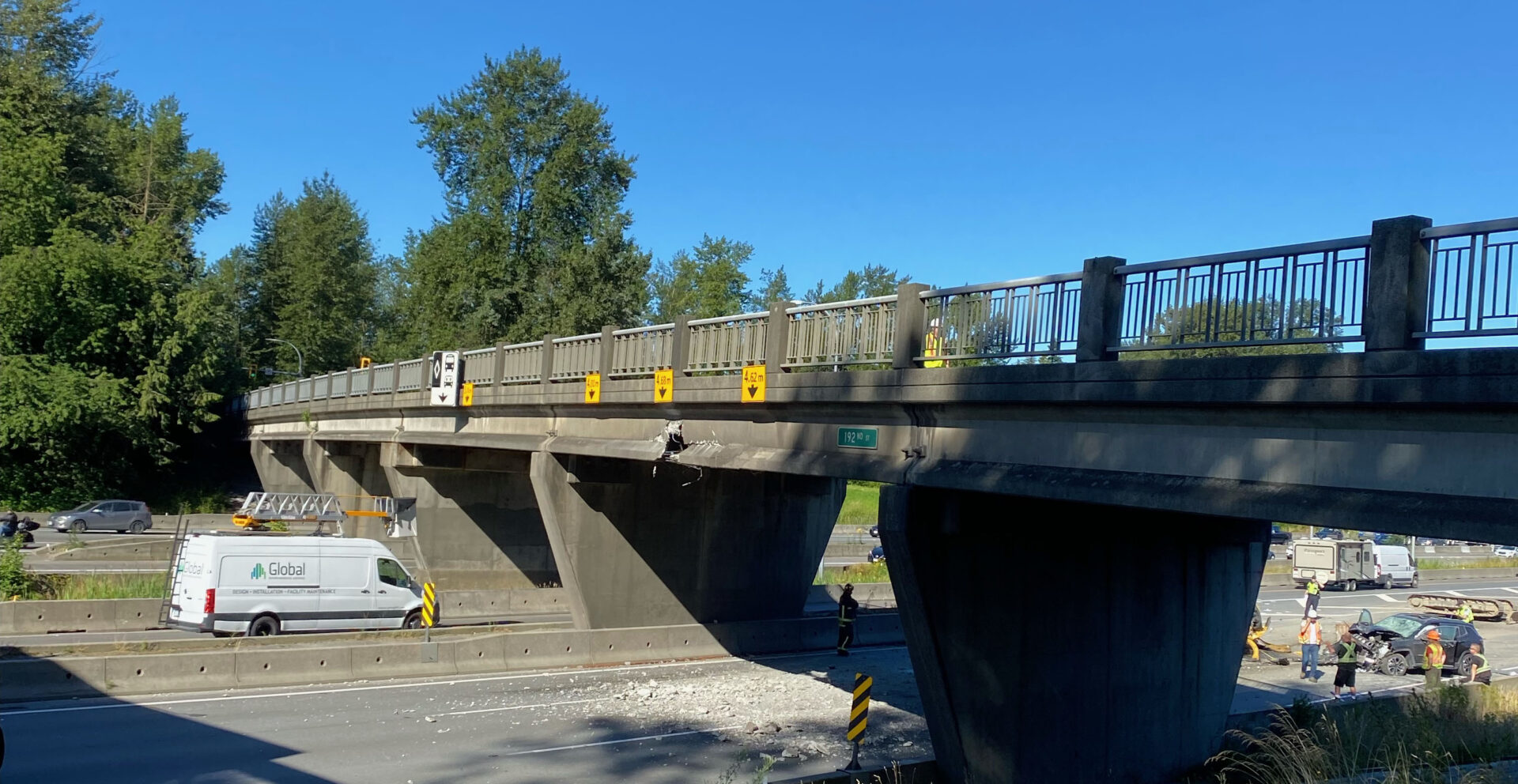