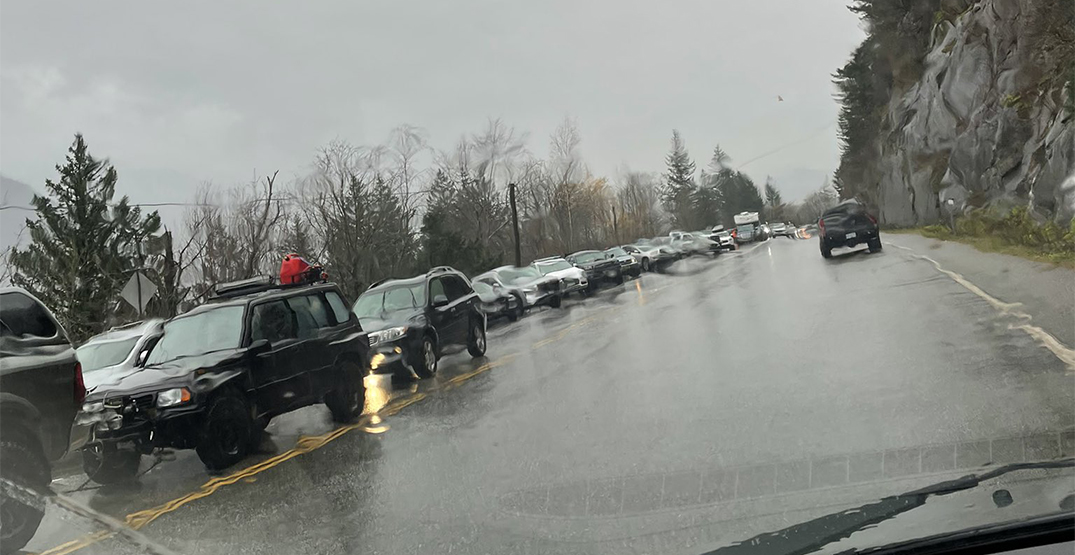 People who were airlifted from BC’s Highway 7 this week after being stuck between mudslides can now pick up their cars from Agassiz.

Reliable Towing transported approximately 165 vehicles early Friday morning that were abandoned on Highway 7 when their drivers were evacuated by helicopter.

“It was a very tight timeframe. We had four hours from start to finish,” Reliable Towing owner Suki Manj told Daily Hive. “It was pretty intense … but we took pleasure in doing the work.”

The highway was closed from 2 am until 5 am, according to Drive BC, while the vehicles were taken to the Agassiz Recreation Centre.

UPDATE: #BCHwy7 🔜 #KentBC to #HopeBC WILL BE CLOSED 2AM-5AM on Friday, November 19th, 2021 to remove stranded vehicles along the corridor.

Essential Travel traffic will be returned to the route for 5AM.

Candace Tharp Farnsworth, recreation facilities clerk in Agassiz, confirmed the vehicles were brought there and were available for pickup.

“I think we are happy how the community has stepped up, and glad people are able to reconnect with their vehicles,” she said.

How to pick up vehicles from Agassiz

A representative with Reliable Towing will be on-site at the recreation centre (6660 Pioneer Avenue, Agassiz) for 24 hours starting Friday, November 19 at 10 am. Reliable Towing said it would provide updates about availability beyond that.

Vehicle owners must bring government-issued photo ID with them and documentation stating they own the vehicle.

About 20 minutes before arriving, vehicle owners are asked to phone 604-374-0982 and state their plate number, so that Reliable Towing can bring the vehicle to the front.

People will not be charged for the towing service, Manj confirmed. The government is footing the bill. 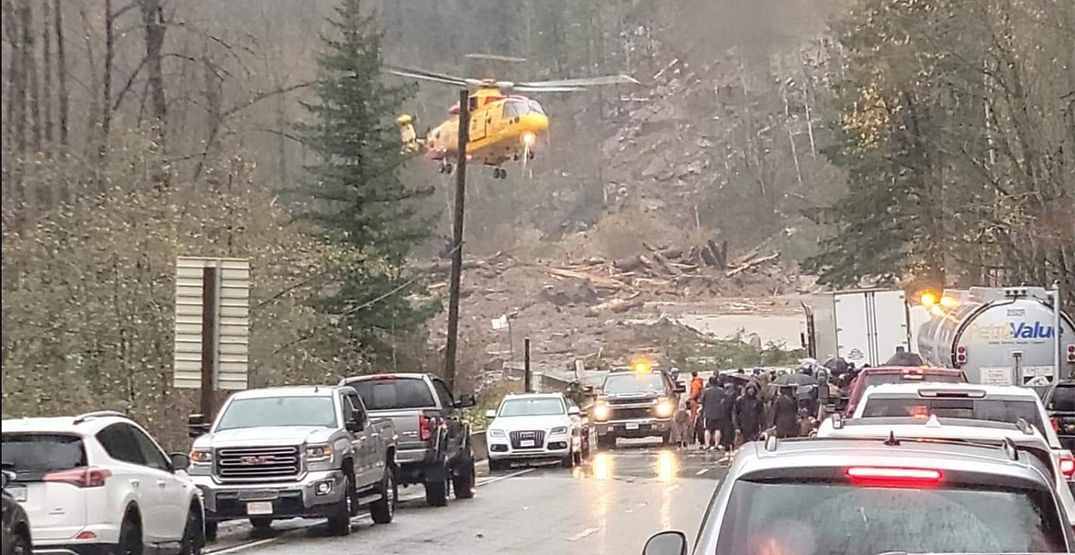 The BC government initially said between 80 and 100 vehicles were trapped between the two mudslides, although people stuck in the mess reported seeing more.

Now, Reliable Towing says they transported at least 160 vehicles to Agassiz. Some drivers posted on Facebook that they hitched rides down Highway 7 when it initially opened for people trapped in Hope, and they got out to retrieve their vehicles themselves.

The two mudslides came down near Johnson Slough Rest Area and Ruby Creek, and the people between them had to spend Sunday night in their cars. On Monday, a military helicopter began evacuations.

Frustration over communication from the Ministry

Martina Martínková was one of the people who had to abandon her car on Highway 7 as she boarded the evacuation helicopter with her daughter.

She recounted the frightening night she spent on the highway, hoping the mountainside where she was parked wouldn’t give way and sweep her vehicle away.

“Watching it from home or on TV, it’s very different from living that experience. It’s unbelievable. You would never believe something like that would happen to you,” she told Daily Hive.

On top of recovering from the ordeal, she was disappointed not to get information from the Ministry of Transportation on how to collect her vehicle. Instead, she realized her car was available for pickup through a Facebook group of people stuck on the highway.

“I understand Ministry has full hands. There are people in worse situations. There are lives, animals. Who cares about the car,” she said. “But why is there no information — when we should expect [someone] to contact.”