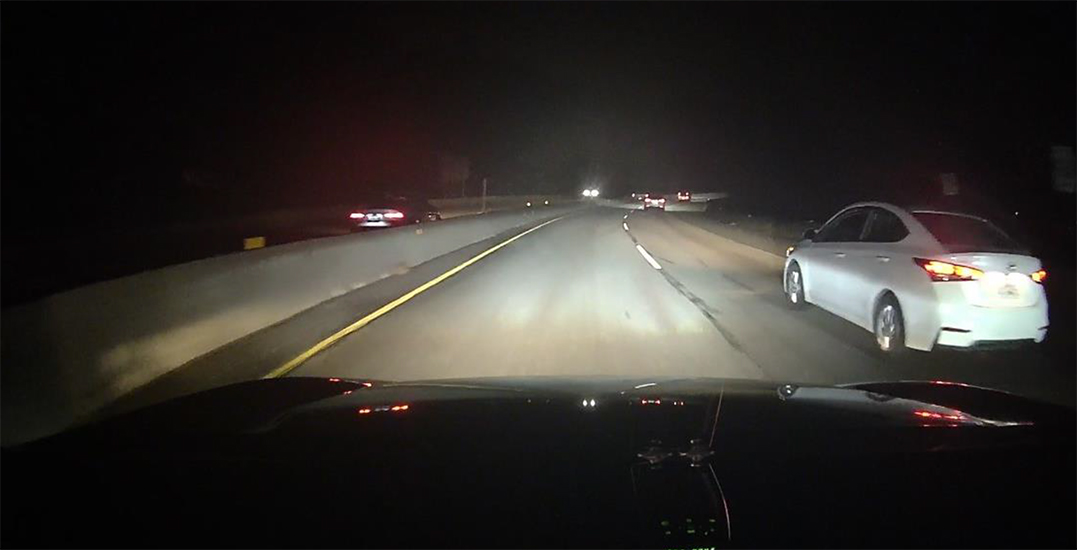 Police are asking for the public’s help after a car drove the wrong way on the Trans-Canada highway, causing a bus crash that injured a six-year-old girl and several near misses.

The incident took place on Monday, November 12 at approximately 6:30 pm on the Upper Levels Highway in West Vancouver.

Police received several reports of a vehicle driving eastbound in the westbound lanes of Highway 1 between Horseshoe Bay and Cypress Road, moving with varying speeds and swerving around oncoming traffic.

At one point, the car forced a Chevy Colorado to collide with a Coast Mountain Bus. A six-year-old female passenger in the Chevy was slightly injured in the process. 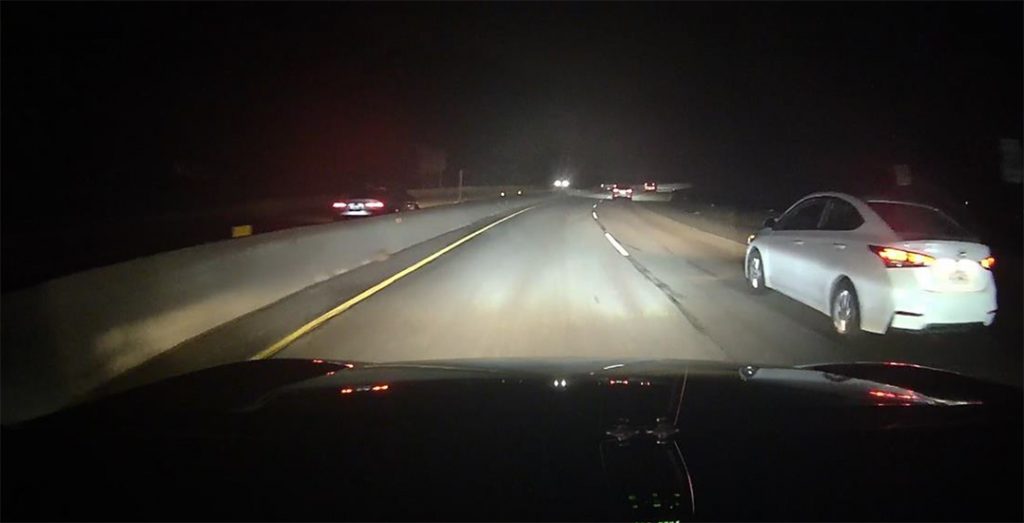 A still image from one of the West Vancouver Police Department’s witnesses captures the headlights of the wrong-facing car in the distance.

The car is believed to be a grey or silver Audi A4.

The vehicle has still not been located. It’s unknown where the vehicle got off on the highway, as well as how the driver ended up there in the first place. Police are currently seeking public assistance to identify the vehicle and the driver.

“We had seven callers and several other witnesses, however, if anyone has any additional information, or potentially additional dash cam footage, we’d ask them to contact West Vancouver Police at 604-925-7300,” comments Constable Jason Palmer.