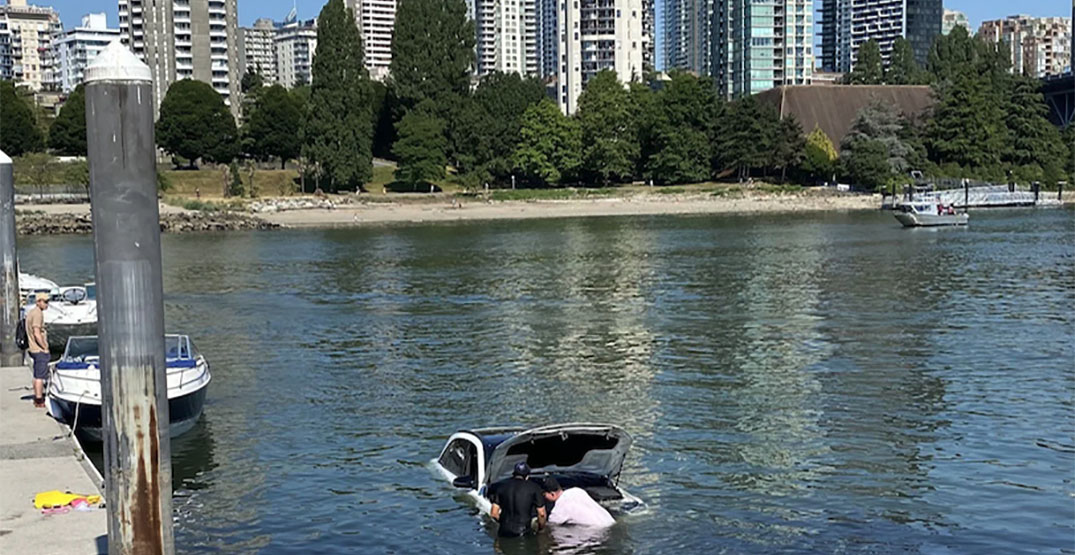 We’ve seen many things when it comes to Vancouver drivers, and now we’ve seen a car that somehow became submerged in False Creek.

A Reddit user snapped a photo of the white car about headlight-deep in water and shared it online Thursday. Two men can be seen hunched over the vehicle’s open hood a few metres from the dock.

“PSA: Cars do not float!” user down_bytheriver said in their post.

The incident appears to have occurred near the Burrard Marina. The West End’s Vancouver Aquatic Centre just across False Creek is visible in the background.

It’s not known if the vehicle was driven into the water or if it fell in and Daily Hive has asked Burrard Marina and Vancouver police for details.

While the situation was certainly stressful for the driver, other Reddit users who saw the photo were quick to come up with some Grade A auto-related water puns.

“Is that a Scubaru?” said one.

“Maybe a Buoyota,” another chimed in.

Daily Hive will update this story when we get more details about what happened.