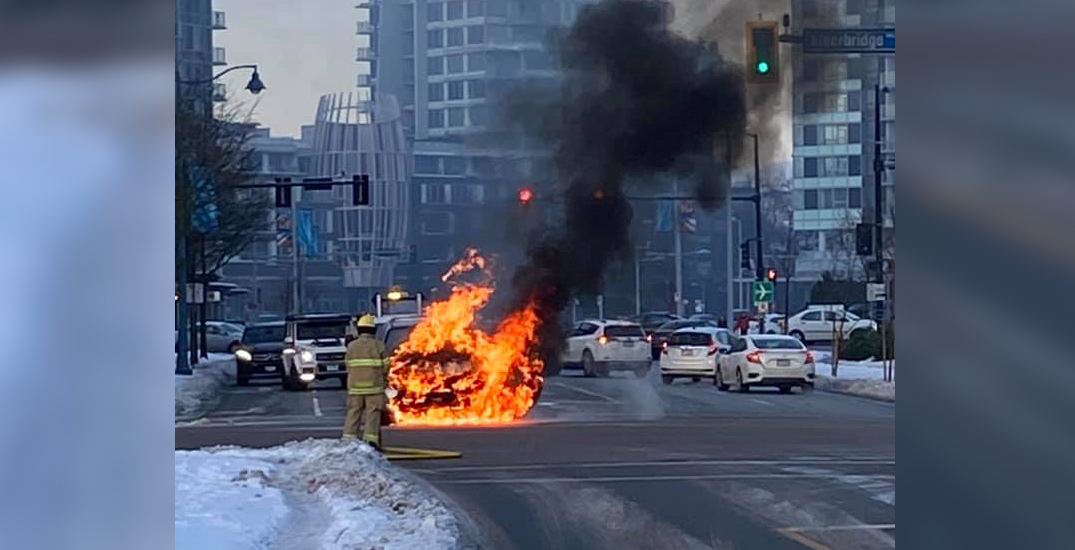 A car became engulfed in flames on the road in Richmond Friday morning, sending a plume of black smoke into the air.

Local realtor Nikki Cvitanovic was on her way to the gym when she passed by the scene. She snapped a photo of the burning car in the intersection at Lansdowne Road and Alderbridge Way, where Richmond Fire-Rescue personnel could be seen responding to the incident.

“The fire department was already on scene and setting up,” Cvitanovic told Daily Hive. “Two other bystanders were there before us, and told us the people in the minivan got out safely.”

It’s not known what caused the fire or if anyone was hurt. Daily Hive reached out to Richmond RCMP, Richmond Fire Rescue, BC Emergency Health Services, and the City of Richmond but has not yet heard back.