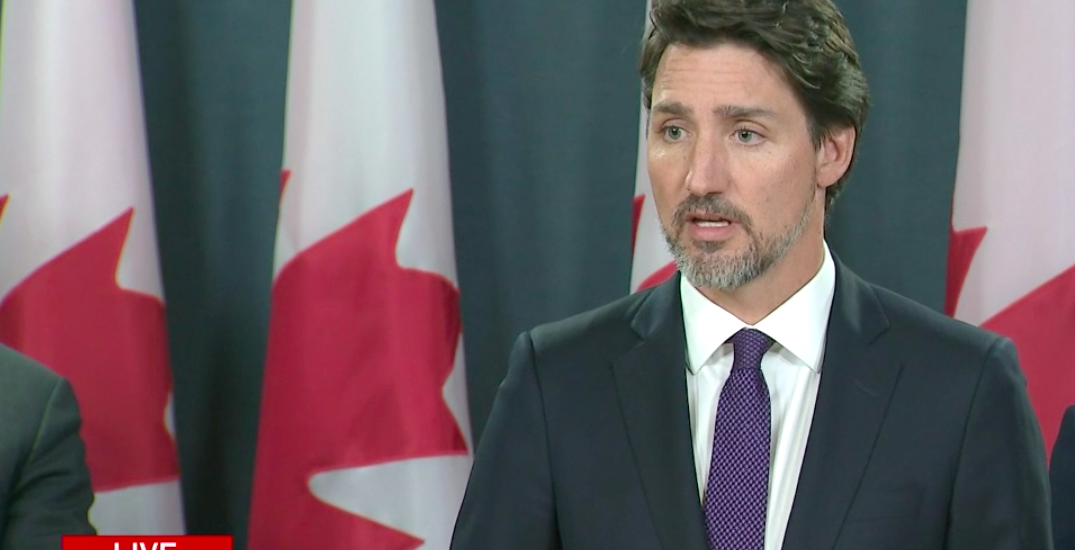 Prime Minister Justin Trudeau has announced compensation of $25,000 per victim for families of Iran plane crash, adding that he wants Iran to make restitution to those impacted.

“What happened last week was nothing short of a national tragedy,” Trudeau said.

The Prime Minister said that there were 57 citizens onboard flight PS752, and 29 permanent residents.

During a press conference on Friday morning, Trudeau announced that the Government of Canada will be providing families of Canadian victims with the money to assist with immediate needs, which includes travel and funeral arrangements.

Trudeau also said that he holds Iran accountable to those who lost loved ones, and that includes financial compensation. The money would go to the victims, and not to the Canadian government, he said.

“I have met them,” said Trudeau. “They need support now.”

On Thursday, members of the International Coordination and Response Group for the victims of Flight PS752, which includes Ukraine, Sweden, Afghanistan, the UK, and Canada, held a meeting London, UK, and “agreed upon a framework for cooperation with Iran in response to this tragedy to provide closure, accountability, transparency and justice for the families and loved ones of all the victims.”

As part of its framework, it stated that Iran would assume full responsibility for the downing of flight PS752 and recognize its duties towards the families of the victims and other parties – including compensation.

On January 6, an Iranian missile shot down the Ukrainian flight, killing all 176 passengers on board — 138 of whom were bound for Canada.

Since the incident, candle-light vigils have been held across the nation, and Trudeau has called for justice.