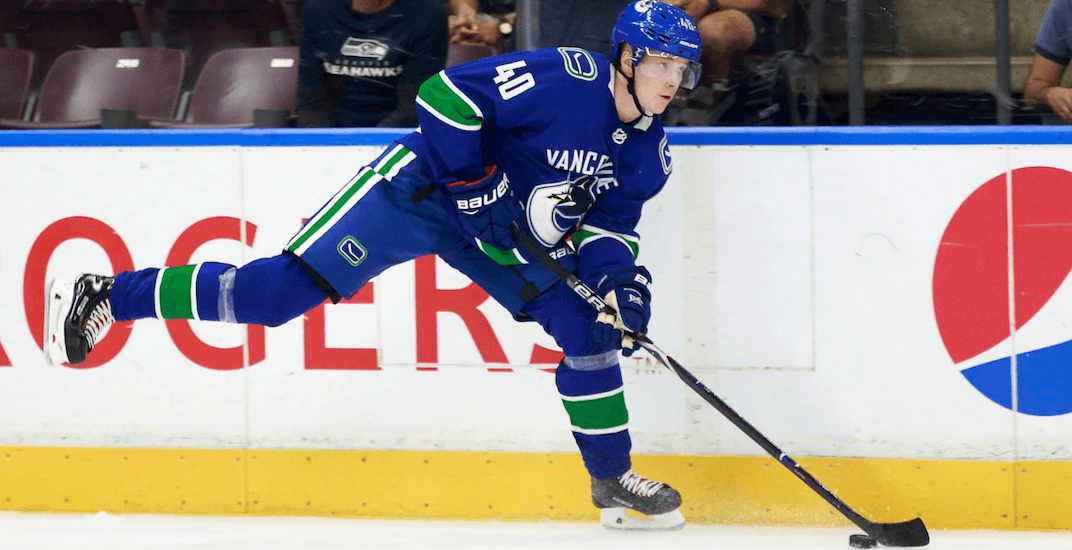 After a one-year hiatus, the Young Stars Classic is returning to Penticton in all its glory this September.

“We are very excited to once again hold the Young Stars Classic in Penticton, BC,” said Canucks GM Jim Benning in a media release. “The Young Stars tournament provides an opportunity to evaluate top NHL prospects in competitive, high-caliber games. We’re grateful to the South Okanagan Events Centre and the City of Penticton for providing their first-class facility and hospitality.”

The Calgary Flames and Edmonton Oilers pulled out of the 2018 tournament, leaving the Canucks and Jets as the only two participating NHL teams. Young Stars was not held at all in 2019.

The 2018 tournament gave fans a first glimpse of prospects like Elias Pettersson and Adam Gaudette, while Oilers superstar Connor McDavid participated in the 2015 event.

The 2020 tournament could include the likes of Jett Woo, Nils Hoglander, Tyler Madden, Toni Utunen, and Will Lockwood — depending on their contractual and NCAA eligibility status.

“Today’s announcement that the Young Stars Classic is returning home to Penticton is great news for the City, the South Okanagan Events Centre and the region as a whole,” said Penticton Mayor John Vassilaki. “Hockey has a long and established history in Penticton, and this tournament, marking the ninth time it will have been held in our community, continues our tradition of being a popular and welcoming community to host great hockey events. On behalf of City Council and all our residents, I’d like to welcome the players, coaches, families and visitors to Penticton!”