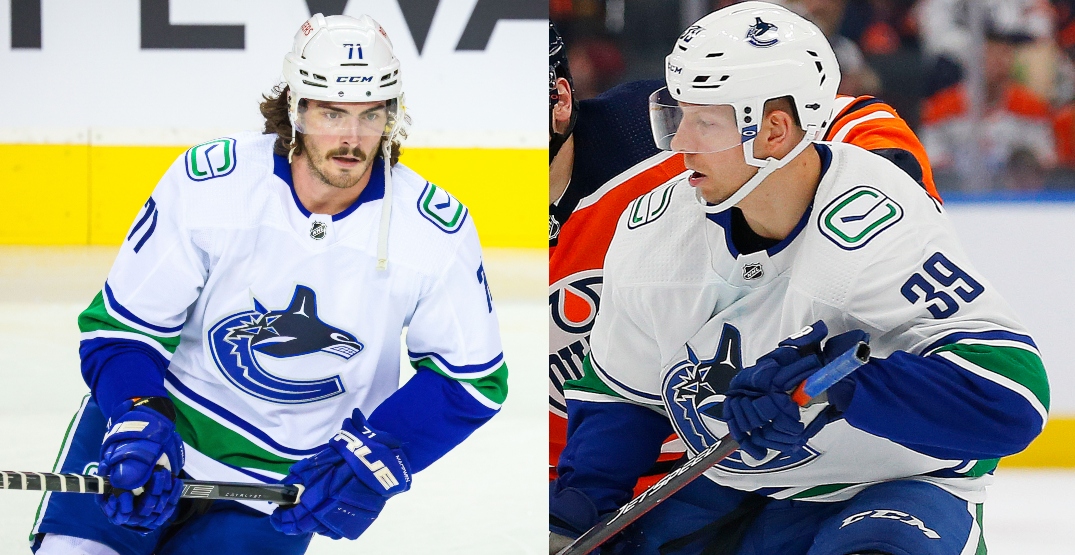 When the Vancouver Canucks hit the ice this morning at Rogers Arena, they did so without Zack MacEwen.

The 25-year-old forward is on waivers, just one day after the Canucks announced him as being part of their season-opening roster. If he goes unclaimed, MacEwen will report to the Abbotsford Canucks.

The move was made to make room for Alex Chiasson, who is still with the team after completing a pro tryout contract in the preseason. Chiasson has signed a one-year deal worth $750,000.

“Alex is an established veteran who plays a physical game and brings a valuable net-front presence to our team, particularly on the power play,” said Canucks GM Jim Benning. “He’s a bigger player that doesn’t shy away from the tough areas of the ice and has fit in well with the rest of our forward group so far.”

Chiasson was lined up next to Elias Pettersson and J.T. Miller at practice, as reported below by Harman Dayal of The Athletic.

That’s a spot that Brock Boeser will likely take when he returns from injury, though Chiasson was featured prominently throughout preseason, notching two assists in four games. Listed at 6-foot-4 and 208 pounds, Chiasson brings size and experience to the Canucks lineup. The 31-year-old will play the net-front on the power play, which is a role he excelled at previously with the Edmonton Oilers.

MacEwen appeared in 34 games for the Canucks last season, scoring just two points (1-1-2). Signed by the Canucks as an undrafted free agent in 2017, the PEI native has played 55 NHL games spread over the last three seasons.

MacEwen didn’t have a great preseason, though the 6-foot-3 forward did remind the coaching staff of his toughness, winning a fight against Zack Kassian Thursday in Edmonton.