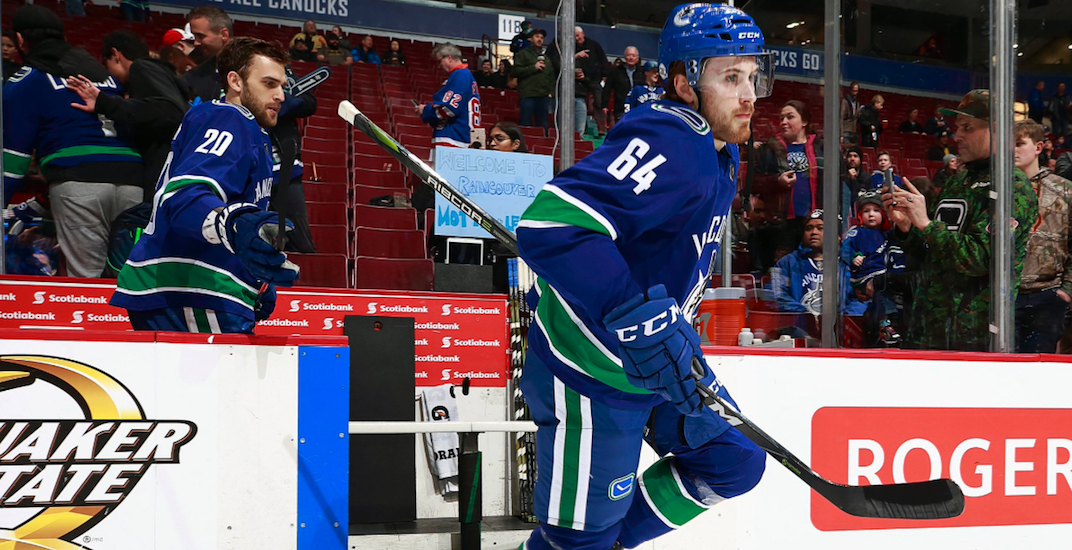 Ahead of the seventh annual “Hockey Talks” game on Thursday, Vancouver Canucks winger Tyler Motte has decided to open up about his mental health journey.

In a video posted to the Canucks’ social media channels, Motte revealed that he has been diagnosed with anxiety and depression — an act few professional hockey players felt comfortable doing not long ago.

“For me, just accepting and saying out loud that I was diagnosed with depression and had a mental health issue, that was the first weight off my shoulders,” said Motte.

Sharing a story as personal as this is not an easy thing to do. @Tmotte_14 knows that.

He also knows that by opening up about his struggles, it will help others realize they’re not alone. #HockeyTalks pic.twitter.com/IHUASCPYzZ

The 24-year-old, who made the jump from the NCAA to the AHL in 2016, says he began suffering symptoms during his second year of pro hockey.

The St. Clair, Michigan, product says he had trouble finding the energy to get out of bed at times, and that his mental health issues built up slowly over time. His girlfriend pushed him to get help, which he eventually did from a psychologist.

“I’ve come to accept that it’s something I’ll deal with the rest of my life, but I still have the ability to influence it,” said Motte, adding that he meets with the team’s mental health skills coach, in addition to seeking outside counselling.

“The hardest part for me was coming to accept it, because I didn’t want to be treated differently or looked at differently. But at the same time, sometimes having those around you know and understand can help you push through.”

Motte admitted that he was a little nervous to share his story, but he wanted to help others.

The Canucks are dedicating the game against the Arizona Coyotes to conversations about mental health and are offering fans the opportunity to get involved through social media.

Use the Hockey Talks sticker or #HockeyTalks to help break the stigma. pic.twitter.com/Fj0LwNTgJ3

Fifteen NHL teams (including all seven located in Canada) are dedicating one game night from January 5 to March 11 to bring awareness to mental health, provide information from experts, and alleviate some of the misconceptions and stigma associated with mental illness.