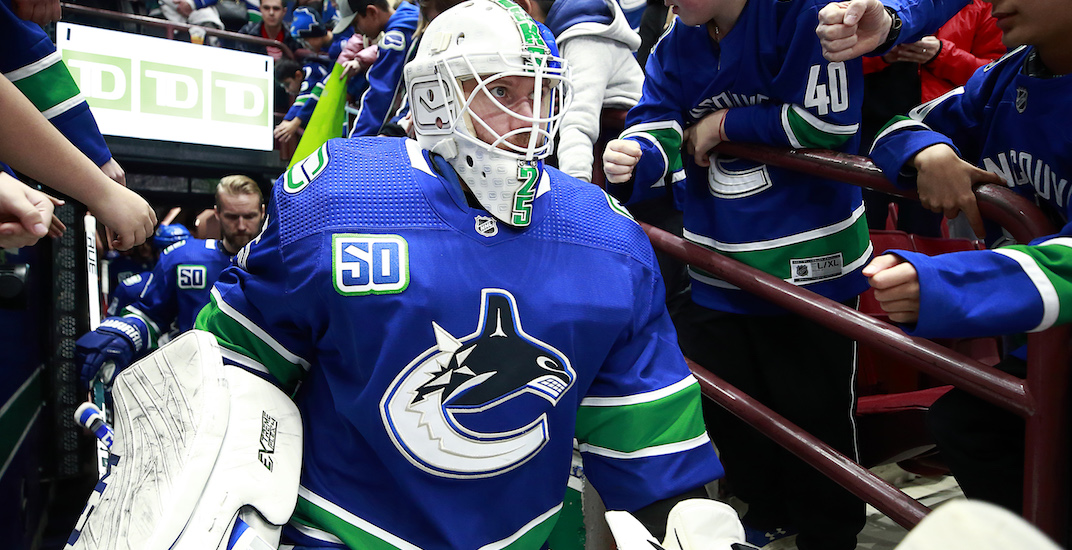 As the calendar switches to 2020, there’s one story that’s not likely to go away anytime soon.

Jacob Markstrom is playing the best hockey of his career, and is one of the biggest reasons the Vancouver Canucks are competing for a playoff spot.

The thought of allowing Markstrom to walk for nothing in the offseason seems absurd — he was named to the All-Star Game and has been arguably Vancouver’s MVP this season — but there are many factors to consider.

People that watch Canucks games on a regular basis agree that Markstrom has been outstanding. Yet, his stats (the traditional ones, anyway) aren’t out of this world.

So what is he worth?

But before we get into that, let’s look at just how good the 6-foot-6 Swedish netminder has been.

Journey to becoming a No. 1

It was just two years ago that fans and media were wondering if Anders Nilsson would overtake Markstrom as the Canucks’ starting goalie.

But while he had an up-and-down 2017-18, midway through last season, Markstrom began to solidify himself as bonafide No. 1 goalie.

Markstrom tied for the eighth-best save percentage in 2019 among goalies with 40+ games (NHL.com)

Looking at his advanced stats, Markstrom ranks 10th in goals saved above expected, among goalies with at least 1,000 minutes played.

Stephen Valiquette’s model is even more complimentary to Markstrom:

This is no longer a blip on the radar. Markstrom has proven to be a reliable No. 1 goalie, and maybe an elite one at that.

Things to worry about

While the proof of Markstrom’s ability in the above section might lead you to conclude that the Canucks should give him whatever he demands for his next contract, there are a number of worrying factors to consider.

For starters is Markstrom’s birthdate. He turns 30 at the end of this month, an age which has become a danger age for many NHL players in recent years. While every goalie ages differently — Roberto Luongo was good into his late 30s while Cory Schneider fell apart at age 30 — teams should proceed with caution with veteran goaltenders.

Sergei Bobrovsky, who signed a seven-year, $70 million contract with the Florida Panthers on July 1, has been terrible this season. He’s only 31.

Carey Price is one year older (32), but hasn’t played at a truly elite level for the Montreal Canadiens in three years. The highest-paid goalie in the league, he’s in the second year of an eight-year contract that carries a $10.5 million cap hit.

Corey Crawford, 35, hasn’t posted good numbers for the Chicago Blackhawks in two seasons. He’s in the last year of a six-year, $36 million contract.

The Los Angeles Kings have had a similar experience with Jonathan Quick, who has been terrible each of the last two seasons, and turns 34 this month. He’s signed for three more seasons beyond this year, counting $5.8 million against the cap annually.

While there certainly have been some goaltenders that have played well into their 30s, consider that only two No. 1 goalies age 33 or higher have a save percentage above .910 this season: Ben Bishop and Thomas Greiss.

So while annual salary is absolutely a concern with the Canucks given their cap situation, the term is of vital importance as well.

What also needs to be in the back of management’s mind is the presence of Thatcher Demko. With Seattle entering the league in 2021, the Canucks will only be able to protect Markstrom or Demko, who will be 25 by that point.

With only 25 games of experience under his belt, Demko’s certainly unproven — but he’s six years younger than Markstrom.

Demko hasn’t shown enough for the Canucks to put all their eggs in his basket, but they should keep their options open. That means that a no-movement clause (something only six current goalies currently have in their contracts) should be a non-starter for Markstrom.

The goaltending market is always a tough one to predict.

Robin Lehner was nominated for the Vezina Trophy last season, but eventually settled for a one-year, $5 million contract from the Chicago Blackhawks. That seems low for Markstrom.

On the high end of the scale is likely Connor Hellebuyck, who has a $6.17 million cap hit.

Markstrom likely slots in somewhere in the middle. 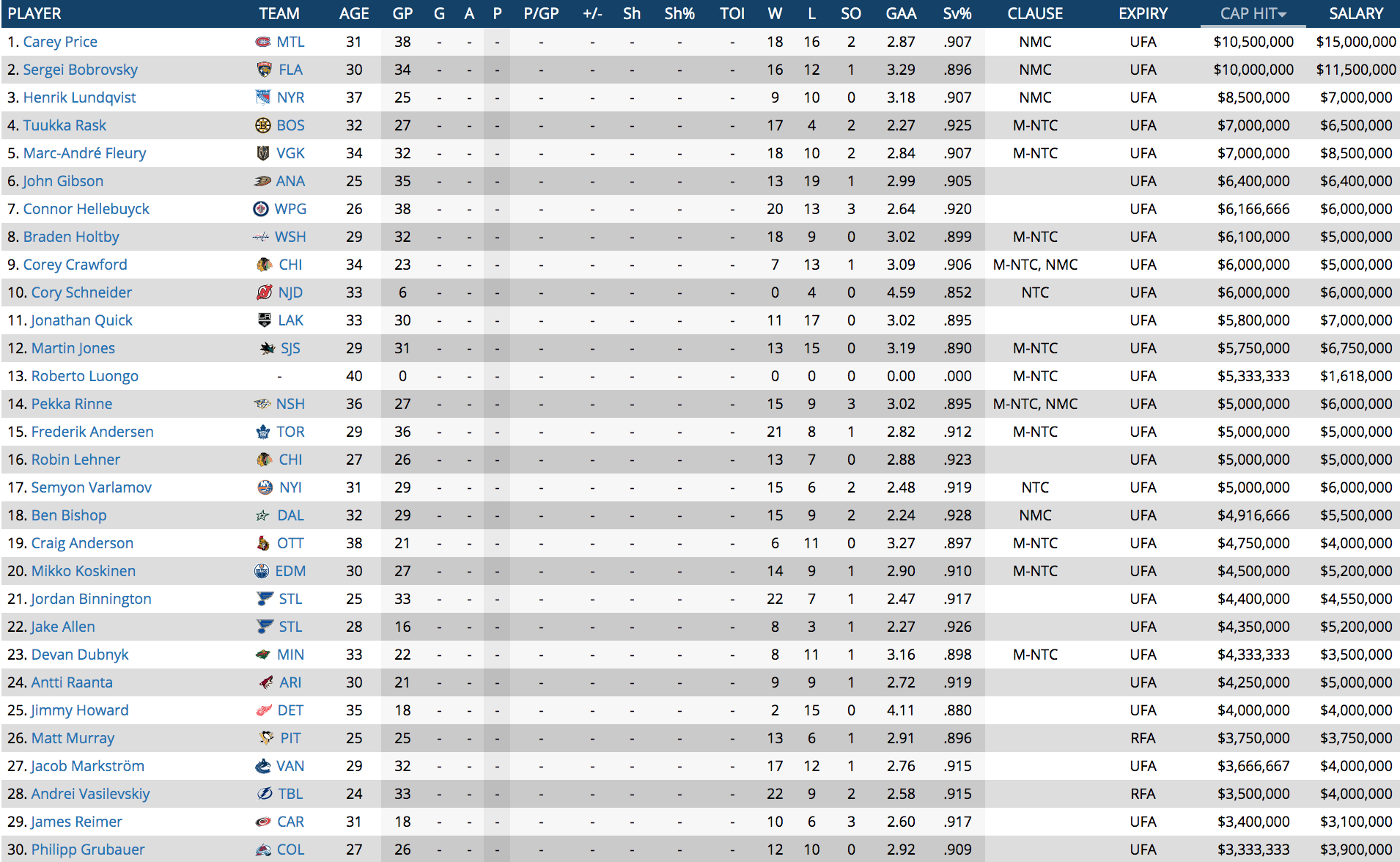 The highest-paid goalies in the NHL (CapFriendly.com)

Other recent goalie signings that are relevant to Markstrom include:

Markstrom, naturally, will probably be looking to cash in big, with a long term deal. The Canucks, clearly, would like something affordable on a short term deal.

The most likely scenario is probably to meet in the middle, on a three-year deal, worth in the neighbourhood of $5.5 million per season, without any trade restrictions.

If the Canucks can get their No. 1 goalie locked into a contract like that, it’ll give them some security, but also some flexibility going forward.