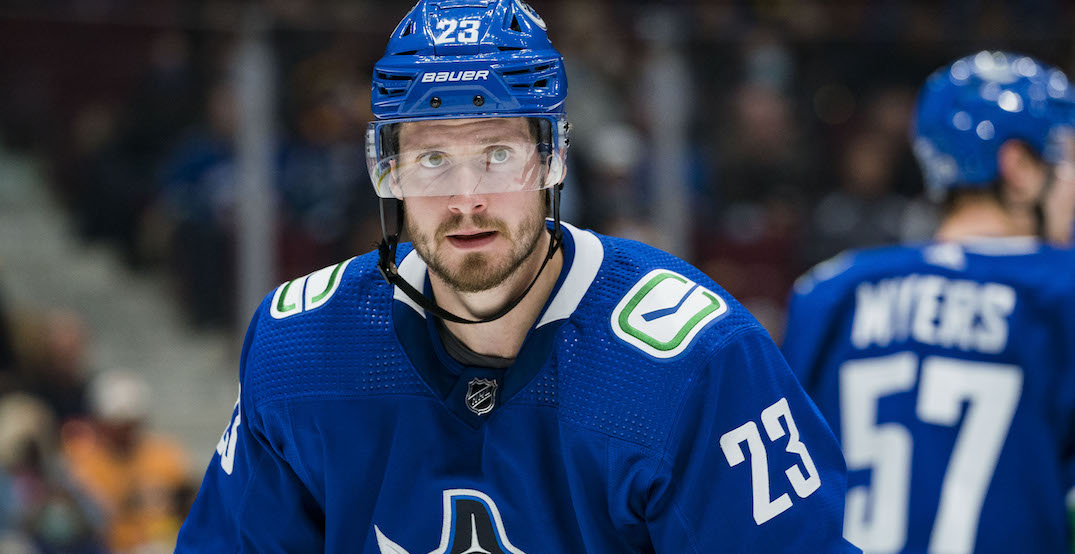 It appears the new management team is certainly going to try.

Speaking with Don Taylor and Rick Dhaliwal on CHEK TV this morning, Sportsnet’s Elliotte Friedman said he expects the Canucks to try to be aggressive this offseason, and that could involve trying to move Ekman-Larsson.

“I just think that the Canucks have tried to look around to see if there’s a market there.”

Moving Ekman-Larsson’s contract would be a Herculean feat by Jim Rutherford and Patrik Allvin. OEL turns 31 this summer and has five years left on a contract that costs the Canucks $7.26 million annually against the salary cap. The 6-foot-2 Swede also has a full no-movement clause, so he can choose to block any potential trade.

Ranking second on the Canucks in average ice time last season, Ekman-Larsson was a key player for them. But his cap hit does limit Vancouver’s flexibility, particularly on a team that also has Tyler Myers on the books at $6 million per season for two more years. Not many teams in the league have three defencemen making north of $6 million (Quinn Hughes earns $7.85 million per season).

Ekman-Larsson had a strong year defensively, but produced offence at the lowest rate of his career since his rookie season 11 years ago. Part of that was due to Hughes getting the bulk of first-unit power play time, but it’s also clear that Ekman-Larsson isn’t the same player he was when he was scoring 20+ goals or 50+ points for the Arizona Coyotes.

The Canucks acquired Ekman-Larsson in a salary dump by the Coyotes, and he’s likely viewed as a financial liability by other teams. Worse contracts have been moved before though, so perhaps there’s at least one team willing to roll the dice with the former All-Star.

Allvin did get a third-round pick for Travis Hamonic, after all.