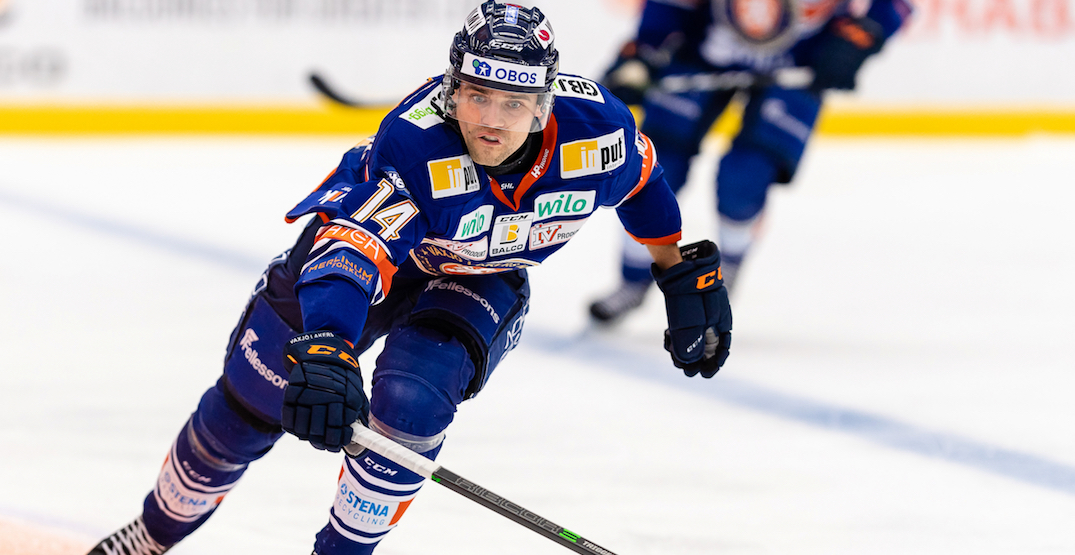 Elias Pettersson isn’t the only member of his family that’s set to become a free agent this summer.

While the Vancouver Canucks star is in line for a big raise as a restricted free agent, it appears Pettersson’s older brother will take another shot at realizing his NHL dream.

Daily Hive has learned that Emil Pettersson, the 27-year-old older brother of Elias, intends on playing in North America next season. A 6-foot-2, 176-pound centre — that’s the exact same listed height and weight as his brother by the way — Emil is coming off a career-year in the Swedish Hockey League.

Drafted in the sixth round of the 2013 NHL Draft by the Nashville Predators, Emil has played pro hockey in North America before, finding some success in the AHL.

One European scout I talked to spoke highly of Pettersson’s vision and playmaking, as well as hockey sense and creativity.

Remind you of anyone?

While Emil doesn’t have the same elite talent level of his younger brother, he may have some NHL potential.

Certainly, he believes so.

“My dream is still to play in the NHL,” Emil said in a Swedish-language interview for NHL.com in February. “It is clear that I think it is a failure that I did not take a place in the NHL, and something I want to try again in the future.”

“Everyone’s dream is to play in the NHL… I will try to give myself another chance to do so.”

Despite his success on the AHL score sheet, Pettersson was never given a chance to play at the NHL level by Nashville or Arizona.

While no NHL team is likely to gift him a spot in their lineup next season, perhaps he’s worth a two-way deal with an opportunity to earn a roster spot in training camp. If he realizes his potential, maybe Vancouver is a fit as a depth player.

Elias is close to his brother, as we saw when he was drafted by the Canucks in 2017. While bringing in Emil would be a popular move with Elias, it’s not without risk. What if it doesn’t go well with Emil and the Pettersson brothers think he’s being treated unfairly? They could risk alienating Elias in such a scenario.

But on the flip side, what if this is a case of a player that wasn’t given a chance to play in the NHL, but can excel as a bottom-six player?

He’s not the second coming of Jay Beagle, but maybe that’s not a bad thing.

Emil may not fit the profile of a traditional third- or fourth-line centre, but we’ve seen more and more teams choose skill over intangibles in their bottom six in recent years. Pettersson will need to be reliable enough defensively to get an extended look in the NHL, and if he can kill penalties and win faceoffs, that will go a long way to helping his stock also.

Can he do it? There’s only one way to find out.