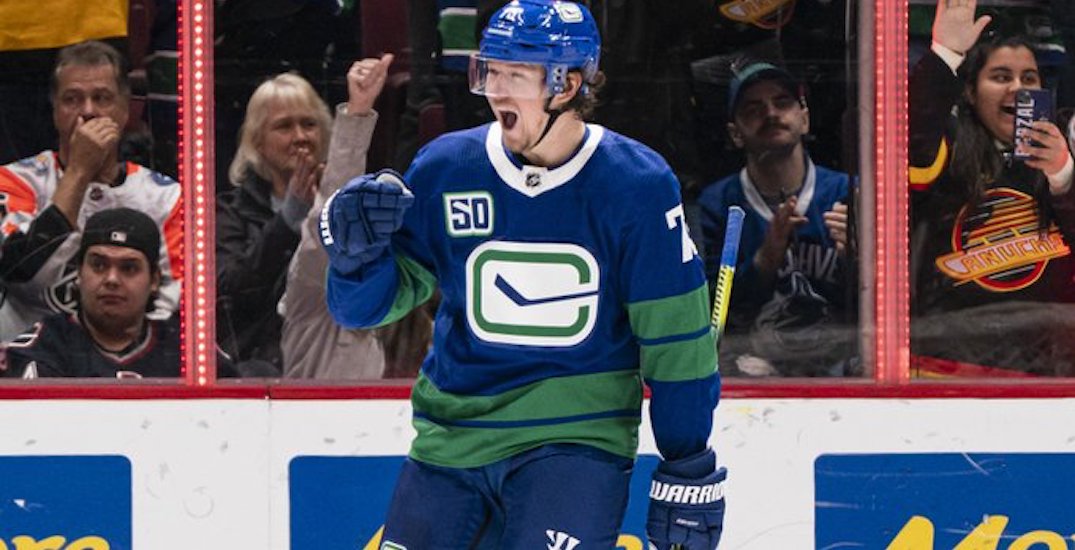 Tyler Toffoli is getting closer to returning to the Canucks lineup, and he might even be ready to go tonight in Game 2.

This is according to a pair of reports, from Dan Murphy in a radio interview on Sportsnet 650 as well as from TSN 1040’s Rick Dhaliwal.

According to @sportsnetmurph on @sportsnet650 he believes Tyler Toffoli is a possibility (not a probability) for Game 2 vs Vegas. #Canucks

Toffoli is day to day and getting closer and closer.

No word on when he plays but he is expected to be skating with the team today.#Canucks #TSN1040

Dhaliwal reports that Toffoli will skate with his teammates this morning, which is the last step before returning for games. Practices in the bubble are closed to independent media, and Travis Green is unlikely to tip his hand when he speaks to reporters this morning, so we likely won’t know one way or the other until game time at 6:45 pm PT.

Toffoli has been out of the lineup with a foot injury sustained in Game 1 of the Minnesota series, more than three weeks ago.

The Canucks are in tough against the Vegas Golden Knights, getting blown out in Game 1. Toffoli would provide the team a huge boost, giving Vancouver two potent scoring lines, while allowing Loui Eriksson to play further down in the lineup.

Acquired in a trade with the Los Angeles Kings back in February, Toffoli had a red hot start to his Canucks career, scoring 10 points in 10 regular season games before the season was paused.