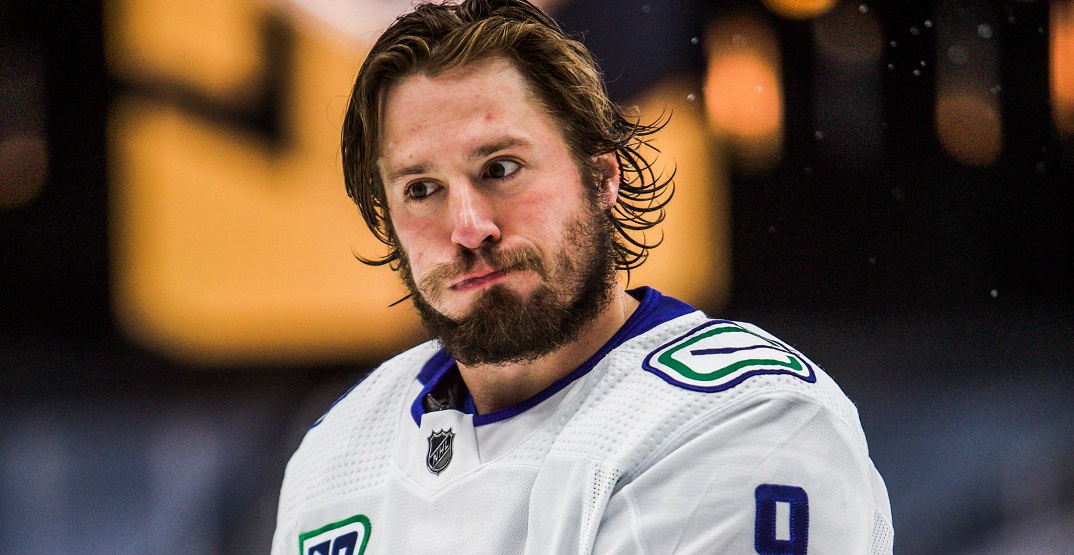 The Vancouver Canucks just got dealt a harsh reality check.

Riding high after dispatching the defending Stanley Cup champions in six games, the Canucks were overwhelmed by the Vegas Golden Knights, losing 5-0 in Game 1 of the Western Conference semi-final.

The Golden Knights had been the better team in the first period, but it was the second where they really took over.

With the Canucks down 1-0 already, Vegas scored three times in the middle frame to take a commanding 4-0 lead.

Smith converts on a rebound in the slot to score for #VegasBorn on a PP early in the 2nd period. #Canucks pic.twitter.com/9O0DSx2BOj

Stone tips the shot from the point and it beats Markstrom. #Canucks #VegasBorn pic.twitter.com/g15VkpN64I

Alex Tuch accelerates through the #Canucks D and beats Markstrom on a mini breakaway #VegasBorn pic.twitter.com/gUgqb7jPDI

The speed of the Golden Knights was a problem all game, forcing turnovers and missed passes and making the Canucks look uncomfortable throughout.

“We need to be better with the puck,” Travis Green said post-game. “We missed some pucks we normally have. They got a quick team, that might have been part of it. Their speed might have caught some of our players by surprise.”

The Knights would add another goal in the third period and cruise to a 5-0 win, outshooting the Canucks 39-26.

Thatcher Demko replaced Jacob Markstrom shortly after the fifth goal and played the final ten minutes of the game.

Both teams were jawing at each other from the start, with Ryan Reaves and Antoine Roussel leading the way for their respective teams in that department.

Roussel was given a 10 minute misconduct for hugging. #Canucks #VegasBorn pic.twitter.com/UerPV4jpqR

Green once again chose to be secretive about his line combinations. Once the game started, Bo Horvat and Elias Pettersson were swapped from their announced lines.

A look at how the #Canucks line-up for Game 1️⃣, presented by @ToyotaPacific. pic.twitter.com/rx0UAvUVlt

Green juggled the lines midway through the game once the Canucks were down, returning to the lineup he originally announced, while also briefly trying Jake Virtanen with Pettersson and Miller and Brock Boeser with Horvat and Tanner Pearson.

It was an off game for Quinn Hughes, who was a -3 and had a few bad turnovers, very uncharacteristic considering he led all defencemen in pass completion percentage coming into the game.

In addition to being one of the most elusive defenecmen in the league, Quinn Hughes is also pretty decent when it comes to snapping the puck around. Most passes + highest accuracy in the playoffs = more 🍎🍎🍎than an orchard. pic.twitter.com/3BKdlpLtWr

The Canucks will need to try and come with an answer to the Golden Knights in Game 2 on Tuesday. Puck drops at 6:45 pm.