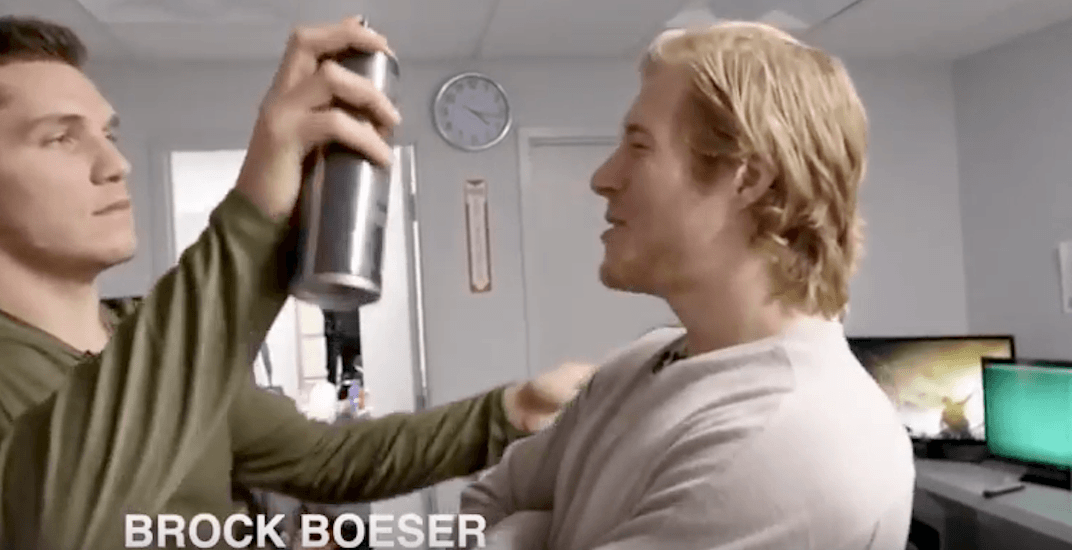 It’s like The Office is back with a new season, but this time they’ve traded actors for athletes.

After the smashing success of last week’s parody of The Office intro set to the Toronto Raptors, Vancouver Canucks fan Vanessa Jang decided to give her own team the same treatment.

All your favourites make an appearance in this rendition, including Bo Horvat styling Brock Boeser’s hair, as well as Ben Hutton undressing on stage for some reason.

Maybe it’s just the song, but this video makes us nostalgic for the glory days we’ve yet to reach with this young Canucks squad.