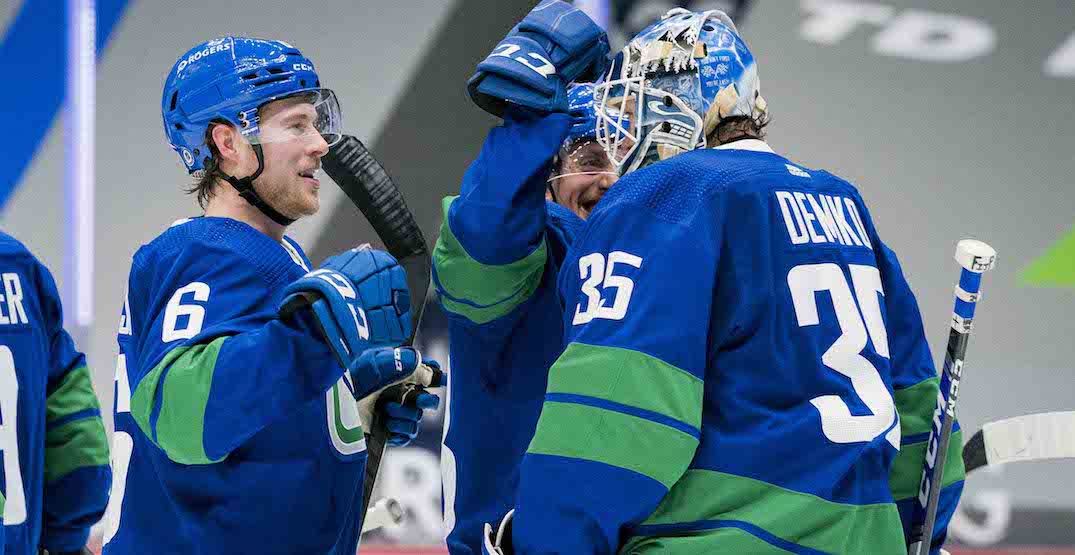 Thatcher Demko has received league-wide recognition for the second time this season.

The Vancouver Canucks goaltender has been named NHL Second Star of the Week, after going 3-0-0 with a 1.00 goals-against average, .969 save percentage, and one shutout in the past week. Demko shut out the Winnipeg Jets on the road, then was excellent in back-to-back wins at home over the North Division leading Toronto Maple Leafs.

⭐⭐ Demko guided the @Canucks to wins in three of their four games, starting with his first career regular-season shutout last Monday. He then posted a pair of wins against the NHL-leading Maple Leafs, allowing only three goals to the League’s highest-scoring team. #NHLStats pic.twitter.com/OupBPVS8Sj

Demko also earned First Star of the Week on February 1. He joins Connor McDavid, David Pastrnak, and Patrick Kane as the only players to earn weekly honours more than once this season.

Demko now has a .913 save percentage on the season, and has secured a spot as Vancouver’s No. 1 goaltender, relegating former Vezina Trophy winner Braden Holtby to backup duty.