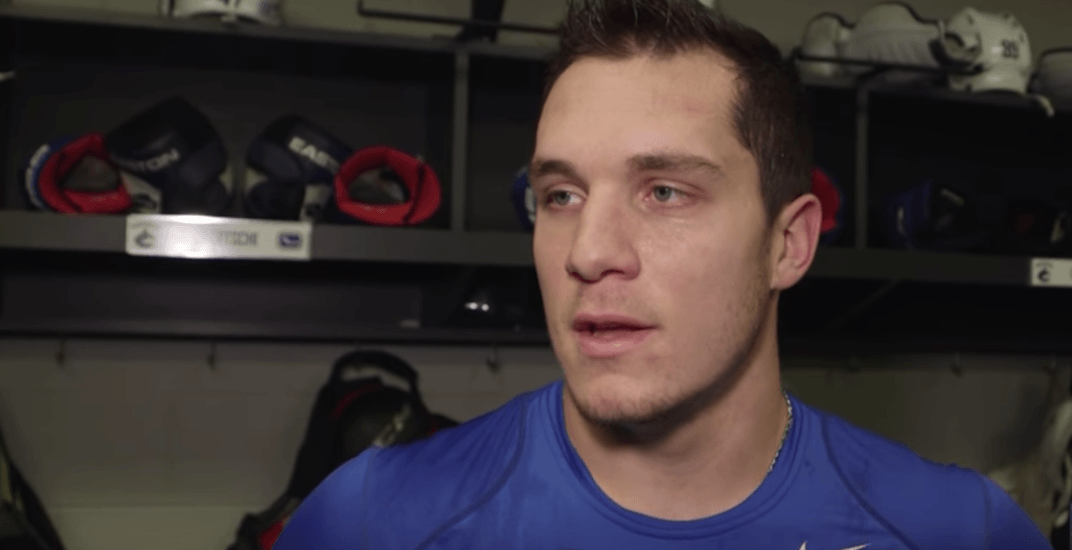 Derek Dorsett’s hockey playing career is over and it has sent shockwaves through the Canucks’ dressing room.

After working so hard to rehabilitate himself after undergoing serious cervical disc herniation surgery in December of last year, he suffered a setback this month. On Thursday morning, Dorsett’s Canucks teammates got the news that they feared.

“Your heart drops,” Daniel Sedin said after practice Thursday in Nashville. “You take a lot of things for granted… and then you hear that news. It’s tough.”

Dorsett played 515 NHL games with the Blue Jackets, Rangers, and Canucks. He tallied 1314 penalty minutes in his career, which is evidence to how tough his role was.

Listed at 6-feet tall and 192 pounds, Dorsett was an undersized tough guy. He played fearless, and worked hard to carve out an NHL career.

“He’s a great example for the young guys, I believe, and for everyone that’s been around him,” Henrik Sedin said. “I don’t think he’s ever been the most talented hockey player, but he’s been fighting for everything that he’s been getting. He made it further than a lot of guys that were more talented than him.

“He came in every day – he was great to be around – and worked extremely hard to be in the lineup every night. That was Dorse.”

Though he didn’t wear a letter on his jersey, it’s clear that Dorsett was an important leader in the Canucks’ dressing room.

His impact on Bo Horvat, in particular, was significant.

“That’s someone I looked up to, especially my first three years, when he sat beside me on the plane. Kind of took me under his wing, actually. He’s definitely been one of my favourite teammates.”

Horvat explained that during his rookie season, Dorsett told him to sit beside him on the plane. It was also Dorsett’s first year with the team, but clearly he recognized the responsibility he had to young players.

“He was a great leader that way,” Horvat added.

The Canucks will have extra motivation for Thursday’s game against the Predators. Now they’re playing for Dorse.