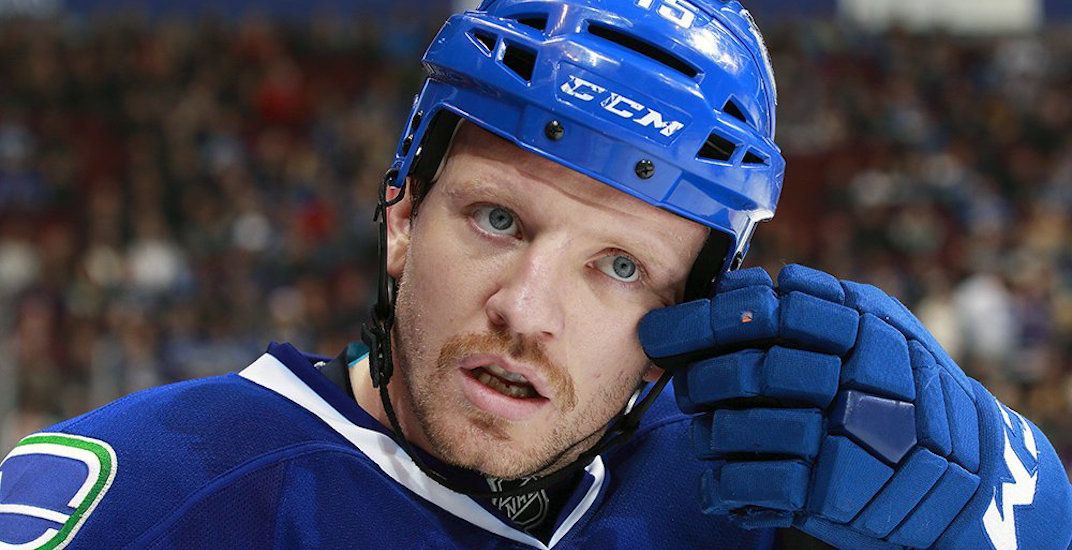 He left it all on the ice.

The Vancouver Canucks announced on Thursday that Derek Dorsett will not be returning to the active roster.

Dorsett underwent cervical disc herniation surgery nearly one year ago. Doctors said his rehabilitation was “consistent with expectations” and he was cleared to play. But the 30-year-old winger suffered a setback.

He left the team on their road trip nine days ago, after symptoms of neck and back stiffness reappeared, to see a specialist in Los Angeles.

He got bad news.

“The latest evaluation of Derek’s neck revealed that he’s sustained a cervical disc herniation adjacent and separate to his previous fusion,” said Dr. Robert Watkins, the same Los Angeles specialist that performed surgery on Dorsett last year. “Given his current condition and the long-term, significant health risks, I advised Derek not to return to play.”

Dorsett will be forced to retire from the game he loves.

“I’m devastated by the news,” Dorsett said. “It will take a long time for this to truly sink in. As hard as it was to hear, Dr. Watkins’ diagnosis is definitive. There is no grey area, and it gives me clarity to move forward. I have a healthy young family and a long life of opportunities ahead of me. Hockey taught me a lot and it will help me be successful in whatever I choose to do in the future.”

Dorsett was determined to return this season. “I’m going to come back,” Dorsett said the team’s season-ending media availability in April. “My first shift, I’m going to try to run someone over.”

A heart-and-soul player, Dorsett was true to his words. He didn’t change his game despite the injury. That included fighting, getting into four tussles this year.

Dorsett was playing perhaps the best hockey of his career this season. With seven goals through the first 20 games, he was leading the team in that category until recently. He was the feel-good story of the season.

“I still have so many thoughts to share and people to thank for all of their support,” continued Dorsett. “What I can say for certain right now is that I left it all out on the ice. I gave my heart and soul to the teams I played for and never backed down from a challenge, including this one. I am proud of the way I played. It made me successful and a good teammate. Most of all I am truly honoured and grateful to have lived the NHL dream.”

The Kindersley, Saskatchewan native broke into the NHL in 2008 with Columbus. He played 515 games with the Blue Jackets, Rangers, and Canucks, scoring 51 goals, 76 assists, 127 points, and adding 1314 penalty minutes.

“Derek overcame the odds to make the NHL and play over 500 games,” said Canucks GM Jim Benning. “He’s an example of what you can accomplish when you persevere. He is a great teammate, a terrific role model and leader for younger players. This is truly unfortunate news for Derek, his family and our team. We will be there every step of the way to support him, his wife Ali and his family as they take the next steps in their lives.”