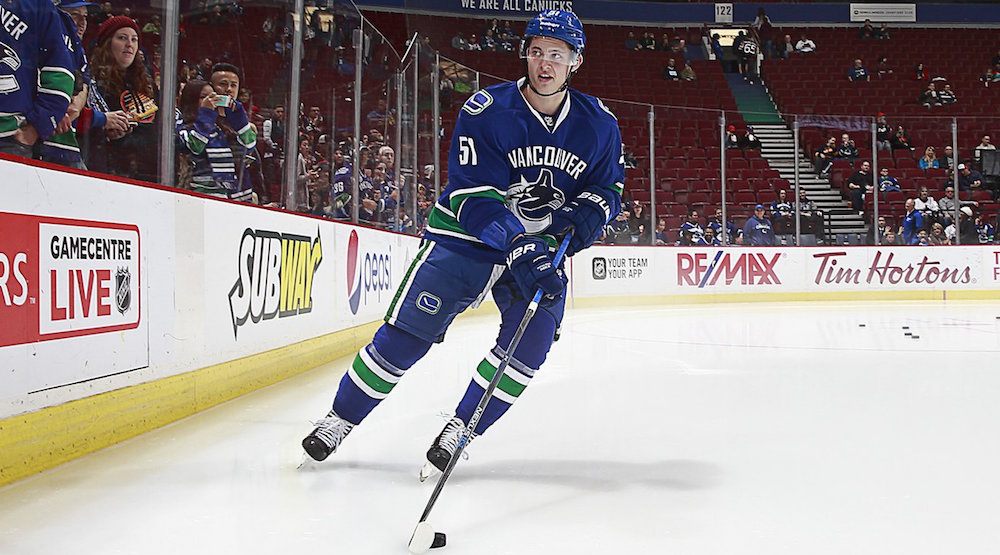 It’s not getting any easier for the Vancouver Canucks.

After seven losses in a row, they’ll be without their top-two defencemen for Saturday’s game against the Toronto Maple Leafs.

Edler is day-to-day, upper body. Tanev is "something more and will be longer." Coach said to expect a recall from @UticaComets.

Alex Edler didn’t play in the final 4:32 of Thursday’s game, and will leave a massive gap in the lineup. He leads all Canucks in ice time by a wide margin (24:26/game), as he has for the past three seasons.

Chris Tanev, who returned to the lineup on Wednesday after missing three games with an injury, is back on the mend. He sat out on Thursday’s game and looks like he’ll miss a few more.

Tanev hasn’t been at 100% health since a heavy collision with the end boards after getting tangled up with Anze Kopitar of the LA Kings two weeks ago. The Canucks were 4-0 at the time and haven’t won a game since.

The silver lining in this is that fan favourite, Troy Stecher, has been recalled.

The Richmond native belongs in the NHL, but was sent down to Utica because unlike Alex Biega, he didn’t require waivers.

In three NHL games this season, Stecher has been very impressive, earning ample ice time from head coach Willie Desjardins. His defence partner throughout preseason and the regular season has been Edler, so it will be interesting to see how he does with someone else.

Judging from practice lines, expect the Canucks to run with Stecher on a pairing with Nikita Tryamkin or Alex Biega on Saturday. He should also see time on the Canucks’ power play – maybe even the first unit. The Canucks are currently the worst team in the league with the man advantage.

The Richmond native looks like an NHL-capable defenceman, and more games should go a long way to solidifying that.