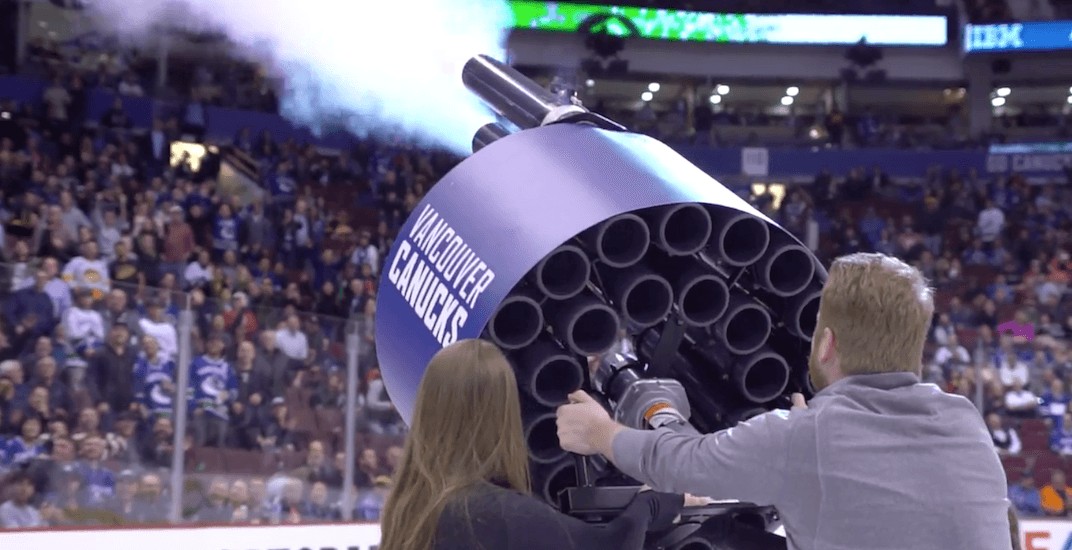 Isn’t this how Maude Flanders died?

I’m referring to the team’s new high-powered t-shirt cannons. The Canucks rolled out four of these beasts during the intermission to spray the crowd with t-shirts.

These t-shirt gatling guns are made by a company in Wisconsin called FX in Motion. Each one can shoot 60 shirts in 10 seconds – well more than Canucks mascot Fin can do with his primitive t-shirt gun on even his best day.

The machines each have a giant marine battery and need four 20-pound CO2 canisters to run.

Each cannon also required three members of the Canucks’ ice team to operate it.

The Canucks say they ordered the cannons several months ago, but only received them last Friday. They were tested for the first time on Tuesday, the day before the home opener.

As such, there appeared to be a few minor kinks in the production, though you can expect some fine-tuning for future games as everyone gets used to operating these behemoths.