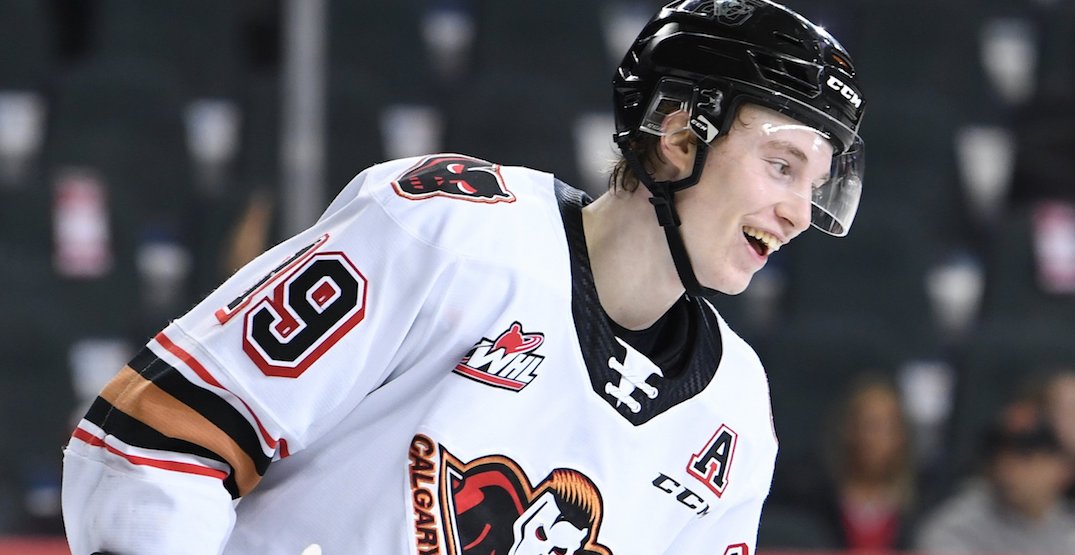 The Vancouver Canucks have signed one of their draft picks, inking 20-year-old centre Carson Focht to a three-year entry-level contract.

Vancouver’s fifth pick in 2019, Focht is the third player the Canucks have signed from that draft, joining winger Nils Hoglander and goaltender Arturs Silovs.

“Dream come true to sign my first NHL contract with the #Canucks organization! Huge thank you to my family, friends, teammates, trainers, coaches and agents for helping me get to this point. Excited for the next chapter.” pic.twitter.com/ZddWpCbod0

“Over his time in Calgary, Carson developed into a key contributor for our team,” said Hitmen GM Jeff Chynoweth in a media release. “He is a driven player who hates to lose at whatever he does and this compete level has helped him achieve this goal of signing his first NHL contract with Vancouver.”

The next stop for Focht will likely be in Utica, where the 6-foot-1, 181-pound forward will need to prove himself at the AHL level before earning a call-up to Vancouver.

“It’s always great news when a player is able to graduate from the Hitmen by signing an NHL contract,” added Hitmen head coach Steve Hamilton. “Carson has been a big part of our team the past three seasons and we wish him continued success with the Canucks organization.”