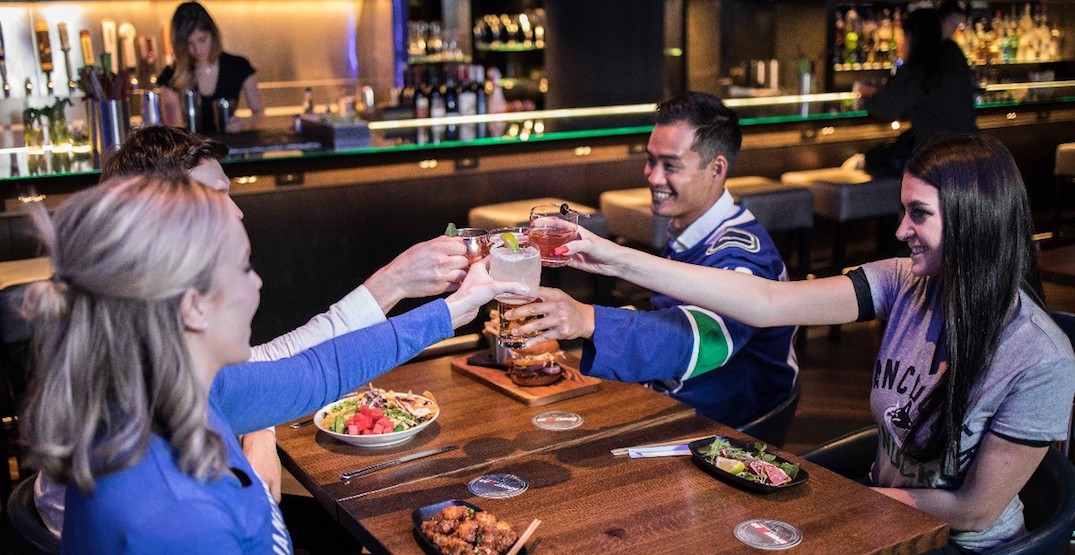 The Sportsbar LIVE at Rogers Arena/Facebook

Fans will be allowed to attend Canucks games at Rogers Arena after all.

There’s a catch though, obviously.

The Sportsbar at Rogers Arena, which has a separate entrance off the Georgia Viaduct, is reopening for the new season, which begins next week. The restaurant will open for every Canucks game, home and away, beginning one hour before puck drop.

Currently, you can book a reservation for any game day in January, through the Sportsbar website.

During non-pandemic times, the Sportsbar also offers many seats with a direct view of the ice surface. There’s no loophole here though, as the curtains will be drawn to block out any views of the ice, according to a Sportsbar spokesperson. Fans will instead be able to watch the game on one of the many screens inside the restaurant.

The Canucks begin the season on the road, in Edmonton on January 13 and 14, and Calgary on January 16 and 18. They’ll return to a six-game homestand starting on January 20, with three games each against the Montreal Canadiens and Ottawa Senators.

All games played in the all-Canadian North Division, including those in Vancouver, will be played without fans in attendance.