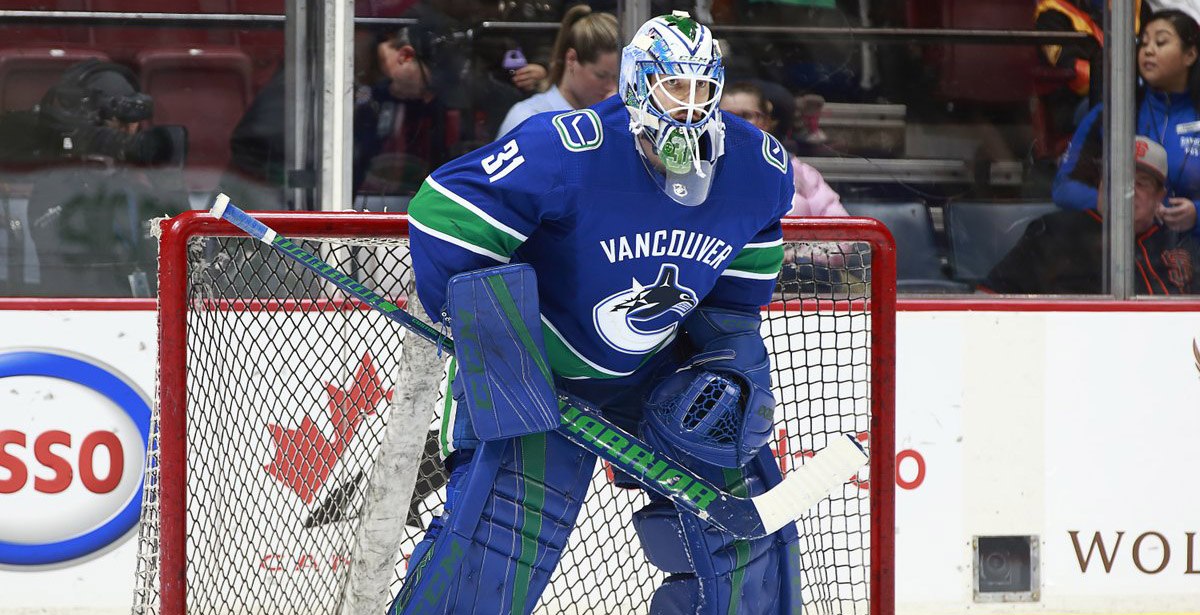 The Vancouver Canucks and Ottawa Senators have completed a four-player trade, hours before they’re set to play each other.

Goaltender Anders Nilsson and minor league winger Darren Archibald have been dealt to the Senators in exchange for winger Tom Pyatt, goaltender Mike McKenna, and a sixth-round draft pick.

The exchange of these four uninspiring players is about a look to the future for the Canucks, who get to shed some salary in the process.

All four players involved in the deal will become unrestricted free agents at the end of the season. Nilsson, 28, is the highest-paid player in the deal, and will make $2.5 million this season. The 6-foot-6 Swede has appeared in 12 games this season, posting a 3-8-1 record with a .895 save percentage.

Nilsson has been given mostly difficult spot duty this season, but he wasn’t in the Canucks’ plans beyond this year anyway.

Archibald has appeared in nine NHL games this season, scoring a goal and two assists. The rugged 28-year-old winger has 16 points (11-5-16) in 23 AHL games.

Pyatt, 31, is having the worst season of his eight-year NHL career with zero goals and two assists in 37 games. The former Montreal Canadiens and Tampa Bay Lightning left winger is just one season removed from a 22-point year with the Sens and had 23 points the year before that.

The Thunder Bay, Ontario native has killed penalties a lot during his career, which is an area the Canucks have struggled in. And yes, he is the younger brother of former Canucks winger Taylor Pyatt (though his eyes aren’t as beautiful).

Pyatt will report to the Utica Comets to start.

“He gives us some depth in our group and he’ll be good with our young kids down there. We’re excited to get him,” GM Jim Benning said in a conference call.

McKenna is a 35-year-old career-AHL goalie with just 34 games of NHL experience. His arrival will soon signal the start of Thatcher Demko’s full-time NHL career. Demko, 23, has a .909 save percentage in 15 games with the Utica Comets this season.

Mike McKenna will back-up for the #Canucks tonight in Ottawa and tomorrow night in Montreal, but Thatcher Demko will join the #Canucks shortly, confirmed Benning. "It's time to bring him up and see where he's at facing NHL competition."

In acquiring a sixth-round draft pick, the Canucks now have nine picks in the upcoming NHL Draft that will take place at Rogers Arena. Vancouver owns all seven of their picks, as well as two additional sixth-rounders, as they also own Washington’s sixth-round pick as part of the Capitals moving up in the 2018 draft.

The Canucks are in Ottawa for the fourth game of their six-game road trip tonight. They play in Montreal on Thursday before completing the trip in Toronto on Saturday.