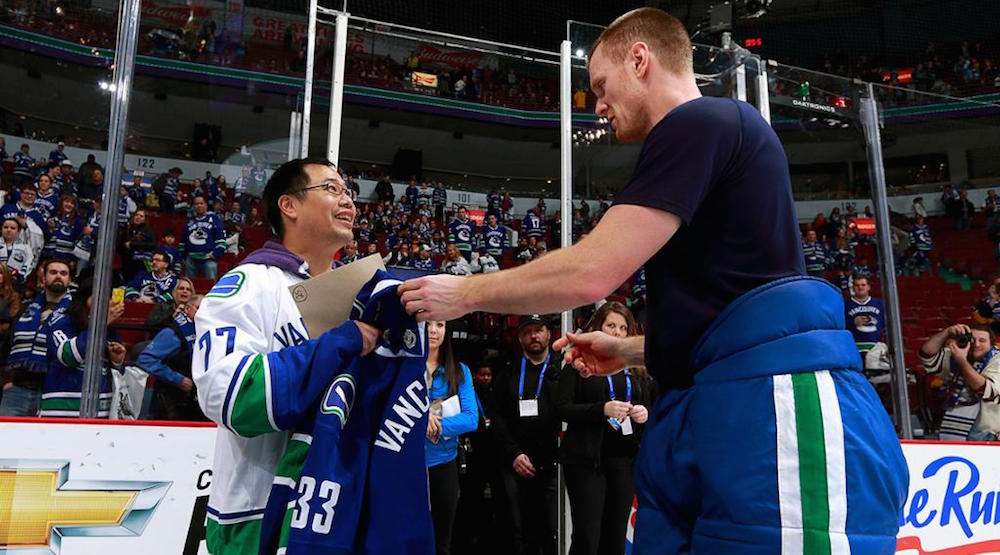 The Canucks have begun to send out season ticket renewals for next season, and they’re offering some incentives to keep their members loyal.

Whenever a team comes off a losing season like the Canucks are in, the need to keep their season members happy is magnified. While teams like the Toronto Maple Leafs are increasing prices for next season, the Canucks will keep a flat average price for tickets for the fifth straight year.

That doesn’t mean that every seat will remain at the same price though. Some seats will see an increase in price, while others will decrease, based on demand. The team has announced 36 price categories – the most they’ve ever had – up from 24 last season.

Fans can now buy lower bowl seats for as low as $74 per game (for season ticket members), which is down by $11 from last season. The cheapest ticket in the building for members is $44, located in the upper bowl.

Fans will also be enticed to renew season tickets with a couple of carrots from the organization.

The team is also going to pay for some food and drinks for their most loyal members.

“This is the most comprehensive program we’ve ever had,” Canucks Sports & Entertainment COO, Jeff Stipec told Daily Hive. “Membership prices are essentially flat on average for the fifth straight year, we have more pricing and seat location options than at any time in team history, and our gifting and benefits program has never been stronger. When you add the excitement for our young team with our annual commitment to enhance fan experience, hospitality, and ongoing investments in Rogers Arena, I see an exciting journey ahead for our season ticket members.”

There’s still a long way to go for the organization to get fan buy-in for next season. A number of trades and free agent signings could occur between now and October. The team will hope their young players take a step forward too, which could include 2015 first round pick Brock Boeser making his NHL debut next season.

But for now, as the Canucks are set to miss the playoffs for the third time in four seasons, fan interest is waning.

These kinds of initiatives are necessary for teams going through a downturn like the Canucks are experiencing, but they’re also a good practice for any successful organization. Wins and losses can come and go, it’s up to the organization to give fans a reason to come to the rink every night.

For better or worse, the Canucks are younger than they’ve been in a long time and appear to be buying in to rebuilding in a way that a large faction of the fanbase has been calling for.

What the team needs to sell now, is hope. They’re not likely to be a playoff team in 2017-18, and everyone knows it. But players like Bo Horvat and Nikita Tryamkin are capable of giving hope for the future, and some excitement in the present. The more players like them that show glimpses of what’s to come, the more energized fans will get.