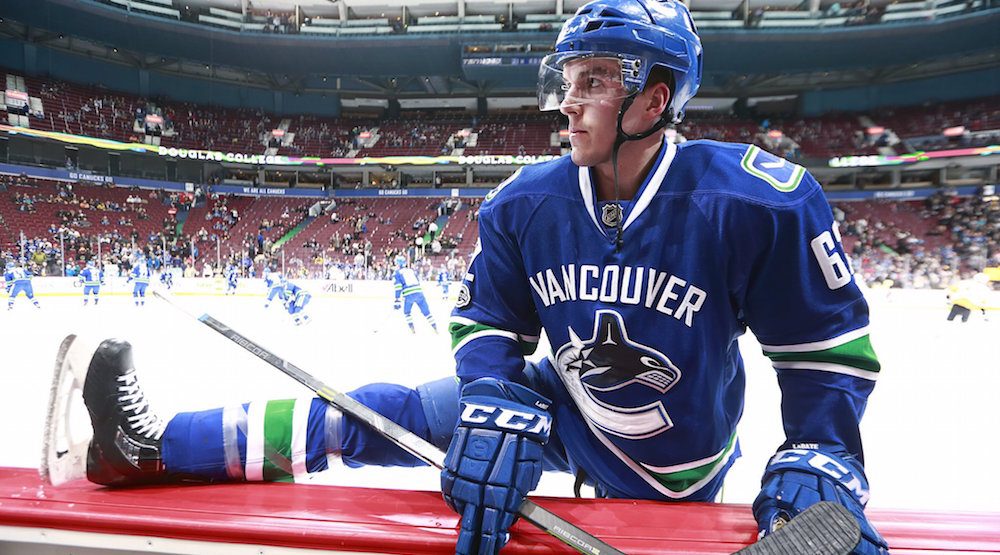 After the Canucks emphasized speed and skill at the draft and in free agency, on Friday they re-signed some size and toughness.

Joseph LaBate is coming back, as Canucks GM Jim Benning announced that the team has re-signed the big body to a one-year, two-way contract.

“Joseph provided a physical presence to both lineups in Vancouver and Utica last season,” said Benning. “He’s a big, strong player and provides further depth to the forward group within our organization.”

The 6-foot-5, 210-pound forward made his NHL debut last season, appearing in 13 games with the Canucks, who were depleted by injuries.

The 24-year-old had no points and 21 penalty minutes in limited ice time with the Canucks last season. He also appeared in 38 games with the Utica Comets, scoring 16 points (6-10-16) and 80 penalty minutes.

There’s some reasonable potential for the 2011 fourth round pick, albeit most likely as a fourth liner. The Minnesota native’s ability to deliver bone-crushing hits was obvious in his short stint with the Canucks.

Unless he turns heads in preseason, which is entirely possible, expect LaBate to start next season with the Utica Comets.