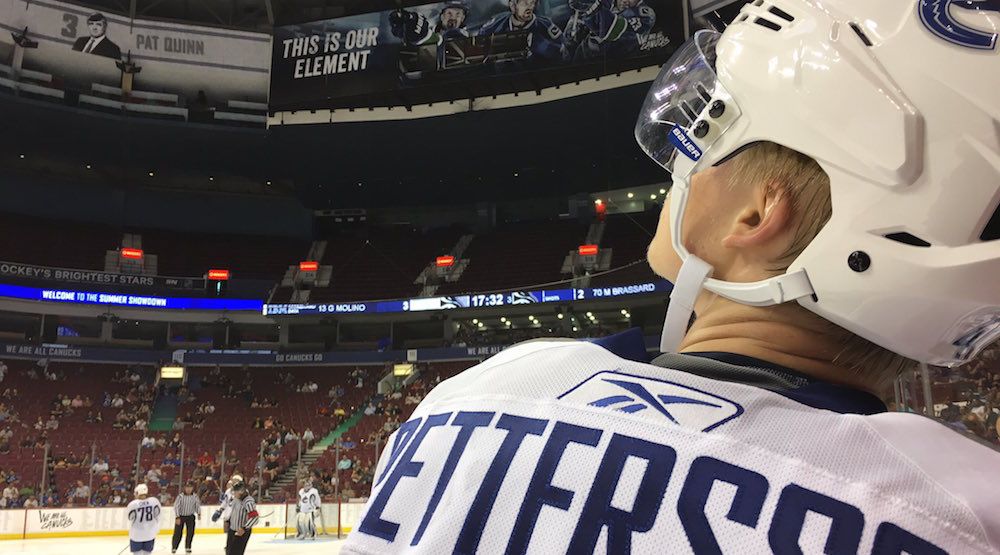 It was a dazzling debut for first round pick Elias Pettersson at the first-ever Canucks Summer Showdown at Rogers Arena on Thursday.

Yes, people cared about hockey in July. And for a mean-nothing prospects game too for that matter.

The Canucks hosted a game at Rogers Arena as a free event for season ticket holders, featuring young players who are already becoming household names in the city. Brock Boeser, Olli Juolevi, Jonathan Dahlen; they were all there.

But more than anyone, eyes were on Pettersson, the 18-year-old fifth overall selection in last month’s NHL Draft.

The lanky Swedish centre scored two goals during regulation time, and had a beauty in the shootout as well.

Yes, it was a scrimmage. But what else do you want?

Then, a filthy toe-drag to create space and walk into the slot:

Then in the shootout, his patented deke to the forehand:

The game at Rogers Arena completes the on-ice portion development camp for the youngsters, who will return to Vancouver in September in preparation for the prospects tournament in Penticton.