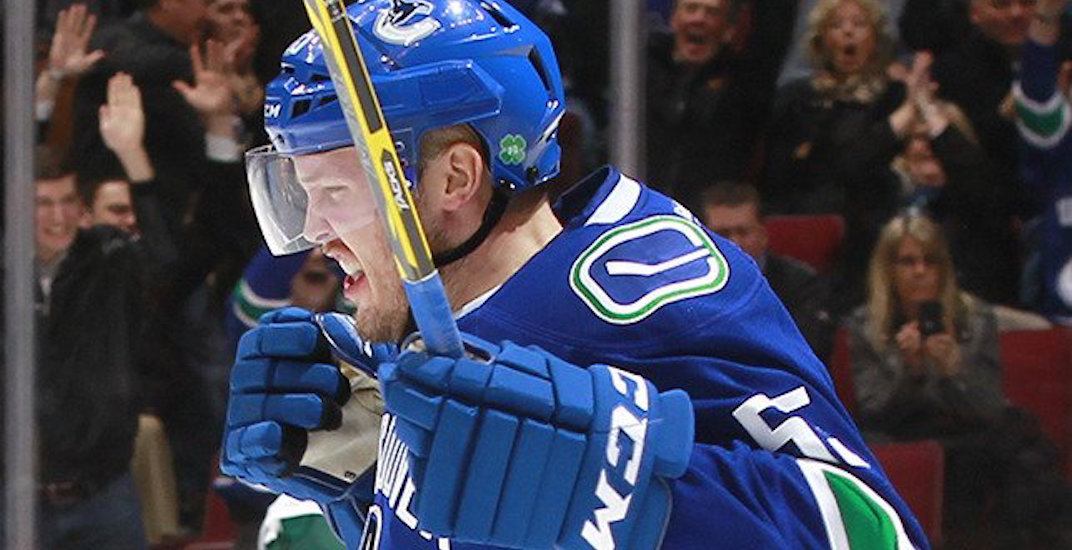 The bulldog is staying put.

Canucks general manager Jim Benning announced on Wednesday that Alex Biega has signed a two-year contract extension worth $825,000 per season. It’s a $75,000 raise on his previous contract, which also had a length of two years.

Biega was set to become an unrestricted free agent on July 1.

It’s a little unusual for a player with only 125 career NHL games to sign a two-year contract six weeks before his 30th birthday, but the money shouldn’t break the bank for the Canucks. Biega is viewed by coaches and management as a good influence in the Canucks’ dressing room.

“Alex has an incredible work ethic and is always prepared,” said Benning. “He sets an example for our younger players to follow. We’re pleased to have Alex as part of our team moving forward.”

In his fifth year in the Canucks’ organization, the 29-year-old blueliner has been a capable depth defenceman for the team this season, appearing in 31 NHL games and notching six assists.

His advanced stats have been relatively good this year, ranking third among Canucks defencemen with a 49.34 Corsi-For percentage.