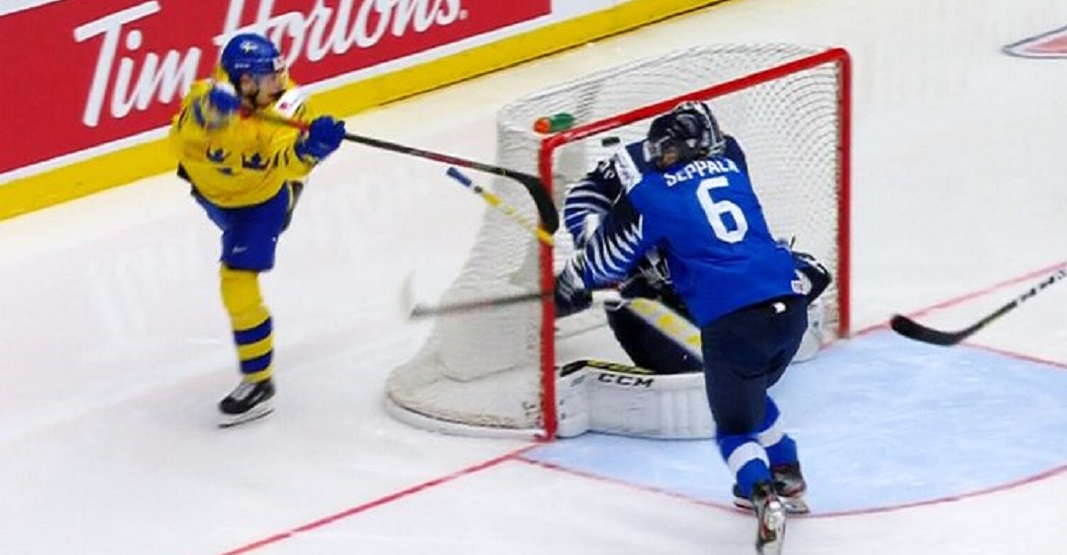 He did it again.

Nils Hoglander with a lacrosse goal at the #WorldJuniors 😱😱

It’s the second time this season the 19-year-old has shown off this fancy move, pulling off an even more impressive version of it in the SHL earlier this season.

Hoglander wasn’t finished there. The Canucks’ second-round pick in the NHL Draft last June also set up Samuel Fagemo’s tying goal late in the game. Sweden went on to win 3-2 in overtime.

Primary assist for Nils Hoglander. Shows great patience and vision to find Fagemo and we are tied at 2 pic.twitter.com/XsYXMIbYye

Hoglander may have stolen the show, but he wasn’t the only Canucks prospect to light the lamp in the opening day of WJC action.

Vasili Podkolzin potted a goal in Russia’s game against the Czech Republic, showing off great hand-eye coordination on the power play to bat the puck in out of midair.

What a goal from @Canucks’ prospect Vasily Podkolzin to tie the game for Russia 😱😱 #WorldJuniors pic.twitter.com/6X1qOJxFN5

The Canucks’ 10th overall pick in the 2019 NHL Draft should be one of the top players in this entire tournament. He was well-utilized in the first game, playing 17:44 in all situations and directing four shots on goal.

Podkolzin was solid playing in all situations including a tough 5on3 PK at the end of the game. Was impressed by his ability to find teammates in open space today. 1/2 pic.twitter.com/ZKoTWIPVdn

Both Canucks prospects are back in action on Saturday. Hoglander and the Swedes will face Switzerland while Podkolzin and the Russians take on Canada. Both games start at 10 am PT and can be watched on TSN.