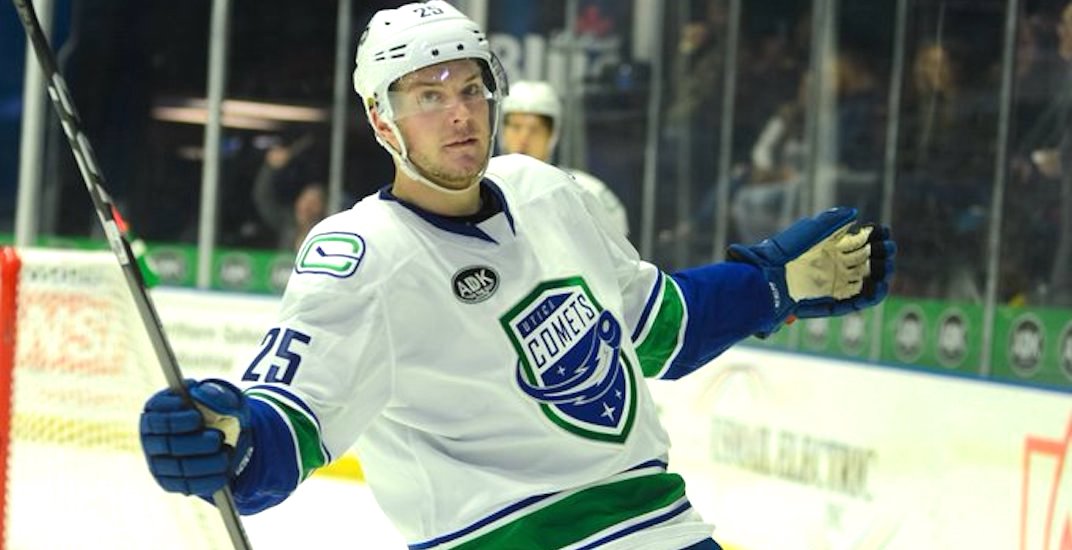 Brogan Rafferty’s sizzling start to his pro career was rewarded today, as the Vancouver Canucks prospect was named the AHL’s Rookie of the Month for December.

The 24-year-old right-shot defenceman was signed by the Canucks as a college free agent on April 1 and he appeared in a pair of NHL games late last season.

The Canucks have been relatively healthy on their back end so far this season, so Rafferty hasn’t been given a look in Vancouver yet, but he’s certainly turning heads in Utica.

The West Dundee, Illinois rearguard has 30 points in 34 games, which not only puts him in a tie for the league’s rookie scoring lead, it has him first in points among all AHL defencemen. His 25 assists and +17 rating place him tied for third in the league in both categories.

Rafferty has now outscored each of his three college seasons with Quinnipiac University, in fewer games, despite the elevated competition. He turns 25 in May, so he’s older than most prospects and shouldn’t be considered to be a player that needs to be brought along slowly.

There’s certainly no guarantees with Rafferty, though it appears the Canucks found a player with NHL potential.

A few reasons why @brogan_rafferty was named Rookie of the Month! pic.twitter.com/KIhLQRhXZV