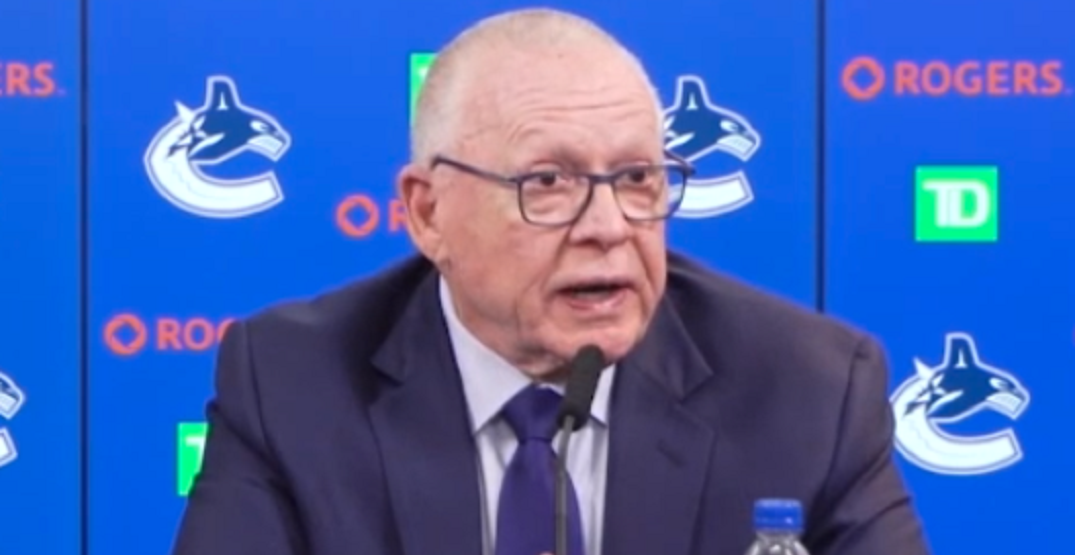 The team is 8-1-1 in their last ten games, including a seven-game win streak under new coach Bruce Boudreau that came to an end last night with a 2-1 shootout loss to the L.A. Kings.

But despite the hot streak, the Canucks still have plenty of room for improvement: both this year and beyond.

The team sits seventh in the Pacific Division, and still are three points out of the final wild card spot in the Western Conference, with three teams standing in their way above them. Their .500 points percentage by way of a 15-15-3 record ranks 24th in the league.

Joining Mike Halford and Jason Brough for an interview on Sportsnet 650, Rutherford, who was hired on December 9, discussed what changes need to be made to the Canucks roster.

“I’ll say the obvious, we need to get better in certain places, so we can grow into a consistent playoff team and grow into a contender,” Rutherford said. “We’re trying to transition the team on the fly, not tear it all down for a total rebuild.”

Identifying a specific hole in the roster, Rutherford pointed towards the team’s issue with depth scoring. 40 of the Canucks’ 81 goals this season scored in regulation and overtime have come from just four players: JT Miller, Conor Garland, Bo Horvat and Brock Boeser.

“We need to get more out of our bottom-six forwards. They’re playing okay,” Rutherford said. “They’re giving us what they got. But they’ve got to chip in offensively a little bit more if we’re going to continue to move up in the standings and try to take a run at the playoffs.”

During his previous history with the Pittsburgh Penguins, Rutherford was known for being one of the league’s most active general managers in the trade market.

And though any sort of ‘transition’ would imply the team would be shopping around the league, Rutherford said the Canucks are thinking long-term rather than looking to add veterans to bulk up for a playoff run this year.

“If we make trades, you know, it’ll be for draft picks, it’ll be for younger players, so we can bring this team together hopefully within a year or two to be that consistent playoff team,” Rutherford added. “It will be a much different approach for me [than with the Penguins.]”

But Rutherford said he might not be the person in charge making the trades himself.

“Hopefully within the next month or so I’ll have hired a general manager that’s going to be making those decisions and working with me,” he said.

Asked specifically about Canucks centre Elias Pettersson, Rutherford admitted that there’s still room for growth with the 23-year-old forward, who has six goals and 11 assists in 33 games this season.

“Overall, he’s not the player that he was a few years ago right now,” Rutherford said. “But I do think he’s taken strides in the right direction, compared to where he was the first 20 games or so. I can only speak for when I’ve been watching closer since I came on with the team, but I think for the most part he’s getting better and getting back to where he was. We know it’s there. He’s done it before. And he’s just got to keep working at it.”

The Canucks continue their schedule tomorrow night, taking on the Kraken in Seattle. Puck drop is set for 7 pm PT.