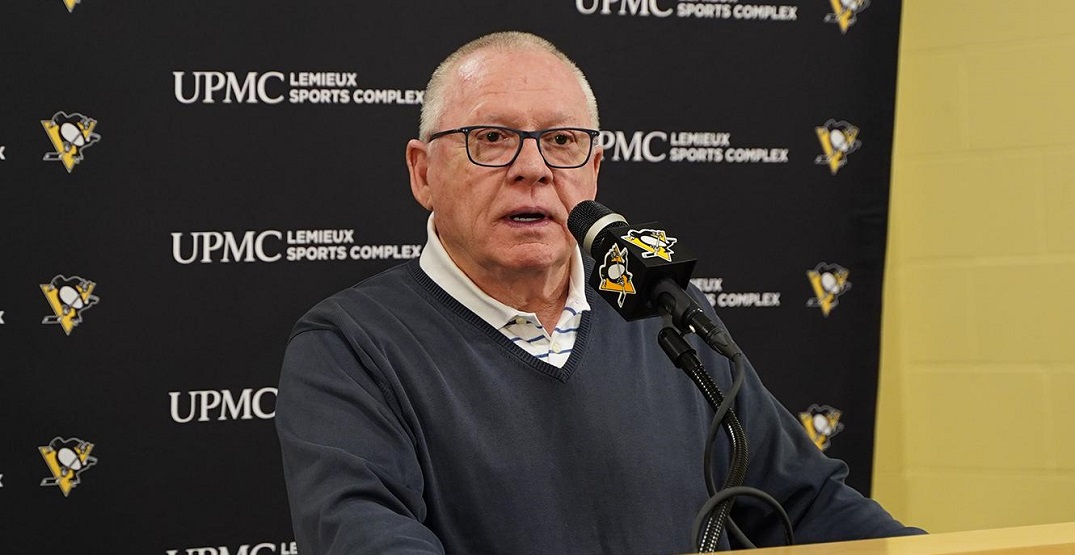 Don’t be shocked if Jim Rutherford starts shaking up the Vancouver Canucks.

The Canucks are still a ways away from the Stanley Cup or even playoff contention, as they currently sit in seventh place in the Pacific Division with a 10-15-2 record.

But after the hires of Bruce Boudreau and Rutherford following the departure of former coach Travis Green and general manager Jim Benning, a new era has officially kicked off in Vancouver.

It’s easy to speculate about what types of changes the Canucks need from their on-ice product, and trading off a high-profile player is often indicative of a team’s direction.

Yet, there’s no need to assume the Canucks will suddenly be having a fire sale of their core players simply due to their new hire.

But one thing is clear about Rutherford’s managerial style: he’s been making big moves for a long time, and he hasn’t been shy about doing so.

Rutherford took over as the general manager of the Hartford Whalers in 1994, continuing with the franchise through their move to Raleigh, North Carolina in 1997 to become the Hurricanes franchise.

Rutherford is a three-time Stanley Cup winning GM: in 2006 with Carolina, and again in 2016 and 2017 with the Pittsburgh Penguins.

“Jim will make an enormous amount of moves. He averaged about one trade per month during his seven seasons in Pittsburgh. That’s not a typo,” The Athletic‘s Josh Yohe wrote in an article today.

Capfriendly.com has Rutherford making 171 trades over the course of his managerial career, though they don’t have any listed from 1996 to 2002, despite him still being the Whalers and Hurricanes GM.

What have been Rutherford’s biggest trades?

In one of the first things he did as Hartford’s president and GM, Rutherford traded future Hart Trophy-winning defenceman Chris Pronger away from the Whalers for forward Brendan Shanahan.

Just over a year later, Shanahan was the one on the way out, in exchange for defenceman Paul Coffey, forward Keith Primeau, and a first-round pick.

Primeau was later flipped in 2000 for Rod Brind’Amour, the captain of the 2006 team and the current head coach in Carolina.

In 1997, Rutherford made a big move with the Canucks, getting Kirk McLean and Martin Gelinas for Sean Burke, Enrico Ciccone, and Geoff Sanderson.

At the 2004 trade deadline, Whalers/Hurricanes franchise legend Ron Francis was dealt to Toronto in exchange for a fourth-round pick.

In 2006, Rutherford went on the offensive, acquiring Doug Weight and Mark Recchi from St. Louis and Pittsburgh as part of multi-player packages. Neither would stick in Carolina past that season, but both were key parts of the Hurricanes’ 2006 Stanley Cup run.

In 2012, Rutherford acquired forward Jordan Staal from Pittsburgh, who has now spent 10 years in Carolina and served as their captain for each of the last three seasons.

After being fired from Carolina in April 2014, Rutherford was quickly brought into the Pittsburgh Penguins’ front office just over a month later.

In the 2015 offseason, Phil Kessel from the Toronto Maple Leafs, shipping him out to Arizona four years later in exchange for a package centred around Alex Galchenyuk.

But there’s been a slew of smaller deals orchestrated by their new hire that Canucks fans should remember from his time with Pittsburgh.

Rutherford acquired defenceman Erik Gudbranson away from Vancouver in 2019 in exchange for Tanner Pearson. And of course, who could forget the Nick Bonino for Brandon Sutter swap in the summer of 2015?

This season’s NHL trade deadline is set for March 21, 2022. If history is any indication, Rutherford will be quite active before then. To what extent exactly is anyone’s best guess.

The Jim Rutherford tenure officially kicks off tomorrow night, with the team hosting Winnipeg at Rogers Arena for a 7 pm puck drop.