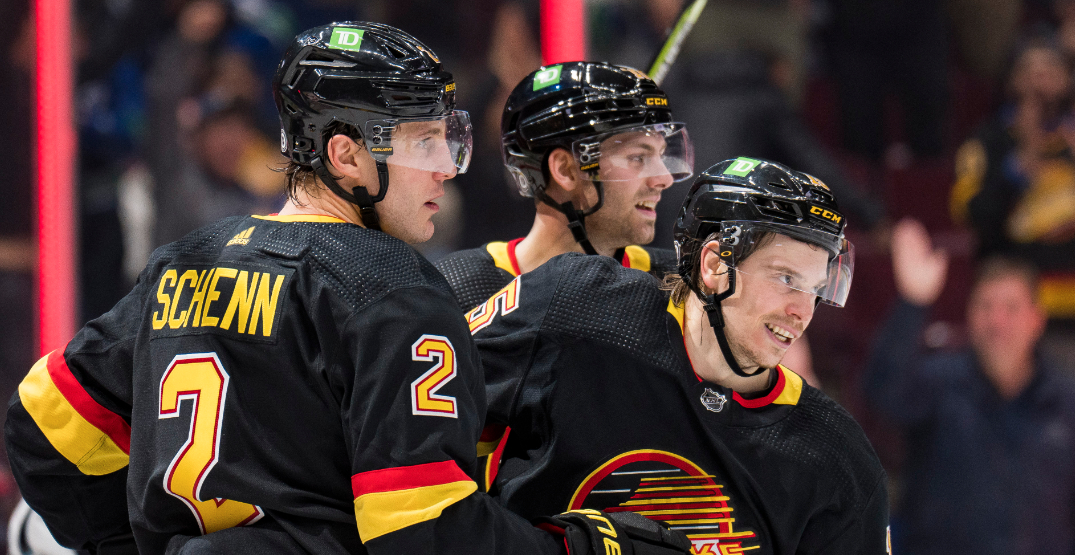 The Canucks have announced their pre-season schedule for the season, which will open on Sunday, September 25 in split-squad action against the Calgary Flames.

In all, Vancouver will play seven preseason games, including four at home. Their four home dates will feature three games at Rogers Arena and an additional tilt at Abbotsford Centre — home of the American Hockey League’s Abbotsford Canucks.

Not to rush through summer or anything, but is it September yet?

In all, Vancouver will face Calgary twice, the Edmonton Oilers twice, the Seattle Kraken twice, and a single game against the Arizona Coyotes. The full schedule is as follows:

Tickets will be released at a later date.

The preseason slate will follow a return of the Young Stars Classic prospect tournament in Penticton. Canucks prospects will face off against rookies from the Calgary Flames, Edmonton Oilers, and Winnipeg Jets from September 16 to 19.

Vancouver finished fifth in the Pacific Division and 10th in the Western Conference with 92 points — five points back of the Nashville Predators for the second wild card into the Stanley Cup Playoffs from the West.

The Canucks last qualified for the playoffs in 2019-20.