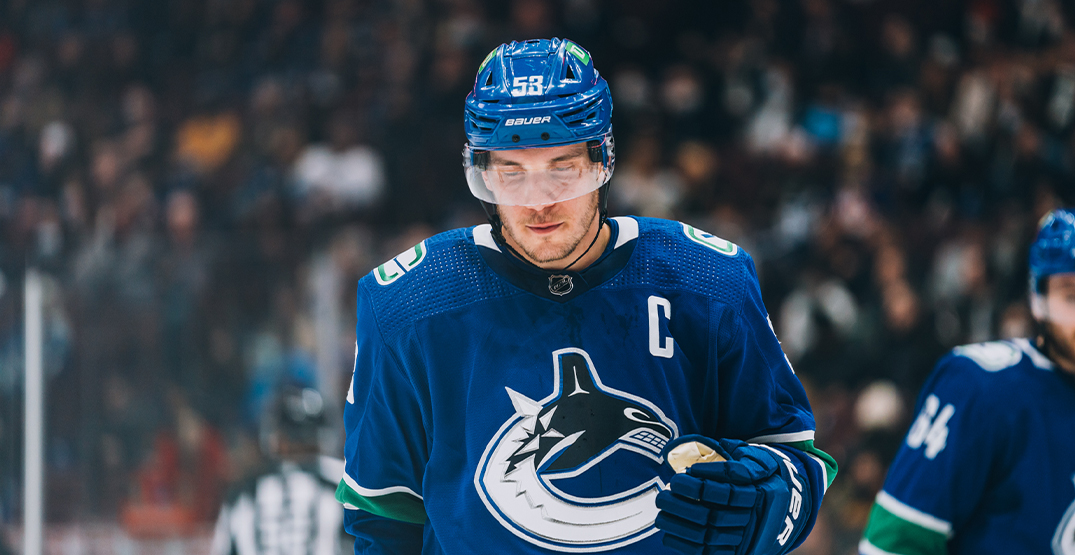 Tidiness, efficiency, proactivity.  All hallmarks of the new Vancouver Canucks administration in the early going here.  And if that trend continues, you’d have to think that a Bo Horvat extension is possible this summer.

"I am hearing a lot of positive things about a Horvat extension this summer.."

In our first segment the guys talked about the latest talk around Bo Horvat and J.T. Miller.https://t.co/h4e2SKLzpb pic.twitter.com/mHcUF2eM1D

The captain is a UFA to be next summer, but why wait, for a player that has been exemplary wearing the C.  While only finding ways to get better on the ice, with a skillset that was admirable, but not class leading when he was selected 9th overall back in 2013.

He scored a career high 31 this past season, while ending the season injured, and only playing 70 games in all.

While the Canucks don’t want to hamstring themselves financially by making any emotional decisions in a Horvat extension, the one thing they could use here vs some other negotiations is term.  And the one thing the Canucks can offer that no one else can, is an 8 year deal..

Again, he’s young.  An extension for Horvat starts with him playing as a 28 year old.  His final season as a 35 year old.

Is he going to be scoring 30 goals as a 35 year old? No, I’d bet moderate sums that there’s no chance.   But I think Horvat, not unlike Trevor Linden, can redefine what he is in the later stages of his career.

And by the time the 34th and 35th years of his life are upon us, the salary cap should be in a far different spot.  He’s also durable: Of his eight seasons for far, only two have had a modicum of injury. This past year is one of them, when he set those career highs.   He’s an ox,  and this beast is due a raise.

In a new five-year deal, that price starts with a 7 I think.. But in a seven, or even eight year deal. you can bring that number down significantly.

But then pay him four million over the final three years. By that point, Horvat is a 3rd line centre, potentially 4th, playing on the PK.  And in a 95 million dollar cap world, which is where you’d have to think they get to, that will not be a tough pill to swallow,

And of course doing this in two stages, signing two separate contracts, doesn’t give you the cap relief now, when you have a competitive window that is close to opening: eight years, 49.5 mill, means a cap hit just under $6.2 million.  Almost doesn’t even qualify as a raise in the cap sense, but still helps the Horvat bank account in the medium term.

You haven’t heard me advocate for a max deal for anyone over the age of 26 before, but this is different.  It’s the captain.  It’s a player that always finds a way, and I would guess that trend continues for Horvat till his retirement.