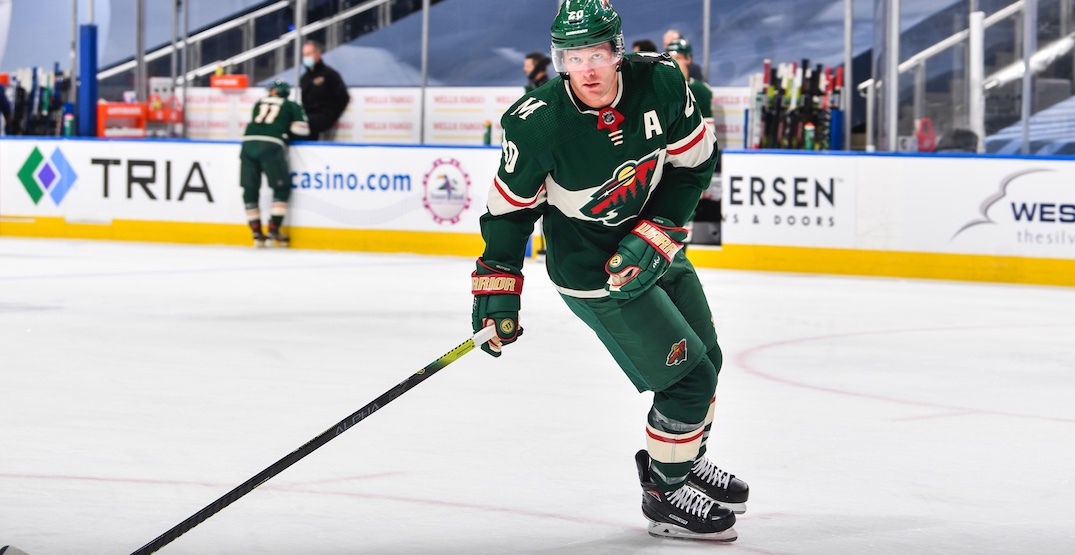 With their backs against the wall, the Minnesota Wild could be without one of their top defencemen for tonight’s critical Game 4 against the Vancouver Canucks.

Ryan Suter didn’t play a shift in the last 6:51 of the third period yesterday. The cause of his apparent injury is unknown, though The Athletic Minnesota’s Michael Russo notes that Suter was slashed on his left ankle by Canucks forward Loui Eriksson on his last shift.

Looks like Suter slashed on left ankle by Eriksson on last shift. Slow to bench after

Wild head coach Dean Evason was asked about Suter’s status after Game 3, but did not provide an update.

Because all practices are closed to the media during these pandemic playoffs, we likely won’t have an update until the teams hit the ice for warmup 30 minutes before tonight’s 7:45 pm PT game.

Minnesota has had relatively good luck with injuries until now, with all their key players available, while the Canucks have been without Tyler Toffoli the last two games, and Micheal Ferland, who will miss the remainder of the series.

If he can’t play, Suter will be hard to replace. The 35-year-old led all Wild players in average ice time (24:38) during the regular season and is second (23:27) only to Matt Dumba in the postseason. Minnesota has a strong top four on their defence, but there’s a steep drop off on their last pairing. Should Suter be unable to play, it’ll mean increased minutes for Brad Hunt or Carson Soucy, who have each played under 15 minutes per game in the series.

If the Wild need to dress another defenceman, they’ll have to turn to Louie Belpedio, Brennan Menell, or maybe even former Canuck Matt Bartkowski.

Given that his team’s season is on the line, Suter will want to suit up even if he’s at less than 100%. The question in that case will be how effective he can be.