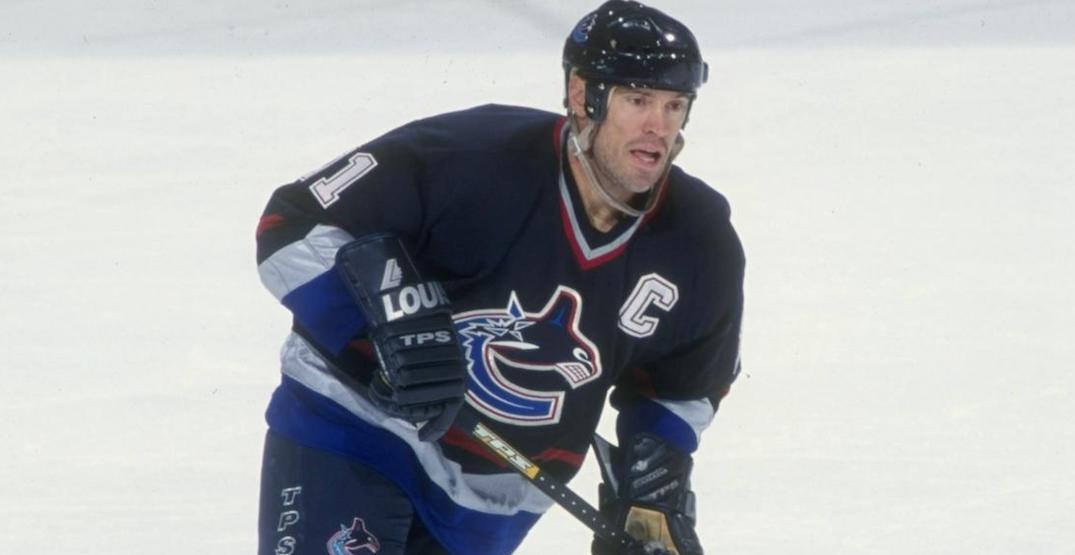 One of the greatest hockey players of all-time, there’s no denying the greatness of Mark Messier’s Hall of Fame career.

It’s been two decades since Messier left town, but the former Canucks captain is still despised by local hockey fans.

Gino Odjick wasn’t a teammate of his for long — less than a full season in 1997-98 before Mike Keenan traded him to the New York Islanders — but Messier appeared to make a negative impression on the popular former Canucks enforcer.

Appearing on an episode of the Cam and Strick Podcast, Odjick surprised hosts Andy Strickland and former NHL player Cam Janssen with his answer to the question: “how was Messier as a teammate?”

“What happened was the coach (Tom Renney) would call the lineup out and he (Messier) would just jump out on the ice without his number being called. He wanted to be on the ice all the time. At that time he was at the end of his career and he couldn’t compete against the young centremen anymore. He didn’t want to accept that. He wanted to be on the number one line and play 25 minutes a night.

“It was a disaster for us when he came to Vancouver.”

Messier’s numbers took an immediate dip after signing a five-year, $6 million contract (he was bought out after the third season) with the Canucks as a free agent in 1997. He scored 60 points in 82 games during his first season in Vancouver, which was his least productive season since his rookie year in Edmonton. He scored 48 points in 1998-99 and added 54 points in 1999-2000.

“I respected him as a player when he was in New York and Edmonton during his years when he was in his prime, but when he came to Vancouver he wasn’t the same guy anymore.”

Messier, who had been handed the captain’s C from Trevor Linden upon arrival, thought he was the head coach too apparently.

“Tom Renney was the coach and he was like ‘What do I do? He just gets up and he goes!’ Whenever he was ready he just got up and he jumped on the ice. Tom Renney was a rookie coach in the league and he didn’t know what to do.”

Renney was in his second year as head coach, but was replaced after just 19 games in Messier’s first season. Longtime GM Pat Quinn was fired two weeks earlier, and there was a rift in the Canucks dressing room.

By his own admission, Keenan was essentially hand-picked by Messier as Renney’s replacement. Known for being a tough coach, Keenan was kind to Messier, who he won a Stanley Cup with in 1994.

“He had his guys like Messier, and guys that he played a lot,” Odjick explained. “If he played Messier 20 minutes a night and got the best out of him, then he could give the guys on the bottom six 10 minutes a night.

“But he wanted to play Messier 25 minutes a night. Well if you’re playing 25 minutes a night, you’re not going a hundred miles an hour during those 25 minutes, you’re floating at times. Messier was at the end of his career… and he couldn’t play those minutes.

“What happened was we missed the playoffs for three years that Messier was there. The guys on the bottom six were not happy, I’ll tell you that much.”

The Canucks missed the playoffs in all three seasons of the Messier era before he was bought out and returned to the Rangers in 2000. Keenan was fired by new GM Brian Burke in 1999.

You can listen to the full podcast, which has a ton of other awesome Odjick stories (like the time he went to the KGB in Moscow to find Pavel Bure) here: