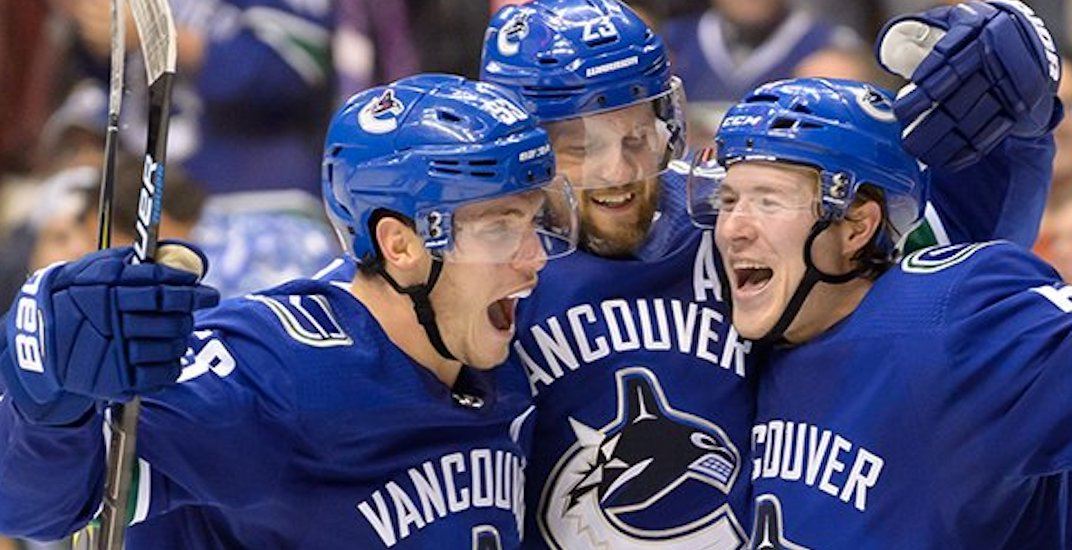 Alex Edler and Tyler Myers share that distinction this season, as both defencemen will earn $7 million USD to play hockey. Edler and Myers both signed new contracts this offseason, with each making more than their current $6 million cap hits in the first year of their deals.

Edler and Myers take over from Loui Eriksson, who is no longer the team’s highest-paid player. Also carrying a $6 million cap hit, Eriksson earned $8 million in the first two years of his deal, $7 million last season, but sees his compensation drop to $5 million in 2019-20.

The lowest-paid player on the team is Oscar Fantenberg, who at $850,000 will earn less than the bought out Ryan Spooner from the Canucks this year. Spooner will receive $1.03 million this year and next to not play for the team.

Fantenberg will also earn less than Sven Baertschi ($3.7 million) and Nikolay Goldobin ($900,000), but not Alex Biega ($700,000) – all three of whom are currently earning NHL pay cheques while playing for the AHL’s Utica Comets.

The Canucks have three players on entry-level contracts: Elias Pettersson, Quinn Hughes, and Adam Gaudette. The CBA dictates that their salaries don’t exceed $925,000, plus performance bonuses.

Here’s the full payroll for the Canucks among players currently with the team, sorted by 2019-20 salary (in US dollars):