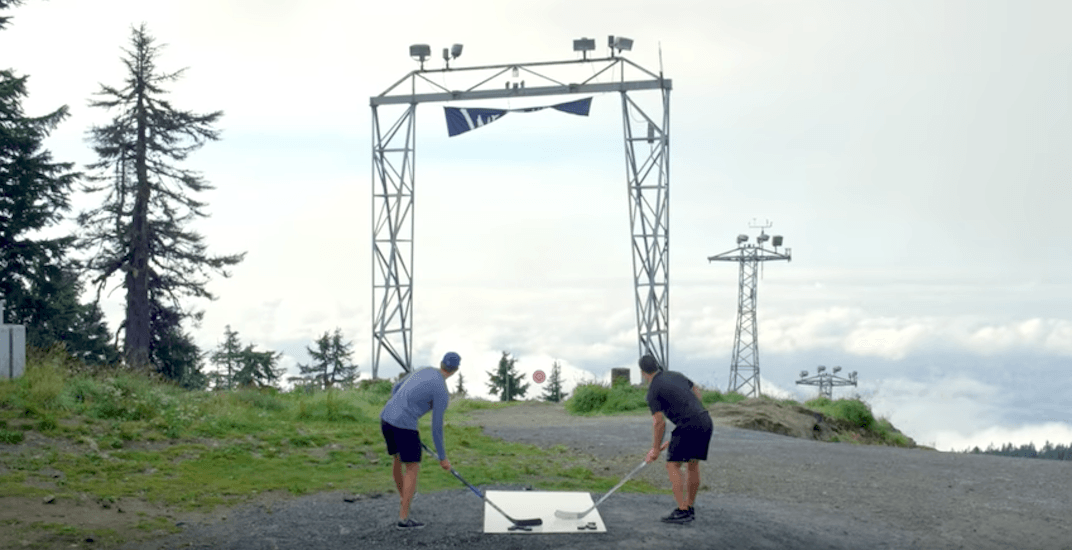 With less than two weeks to go before the start of the regular season, it’s season launch video time for the Vancouver Canucks.

Last year the team embraced the west coast. “They think living on a postcard makes us soft,” the narrator said. I’m not going to say that it’s the Canucks’ fault we had such a bad winter last year, but they certainly jinxed our moderate climate.

The Canucks are sticking with the west coast theme this year – no pressure – and added a twist.

Troy Stecher and Alex Edler begin the video by dragging some logs on Spanish Banks with strength and conditioning coach Roger Takahashi looking on.

If only Nikita Tryamkin was still on the team, he could have performed a smell test. Imagine if David Booth was still here when the players were running through the forest? Actually, don’t imagine that.

The video finishes with Bo Horvat and Brandon Sutter racing to the top of Grouse to perform some target practice off the side of the mountain.

It kind of reminded me of that time Kramer shot golf balls into the ocean. Hopefully a marine biologist was not needed for this one.