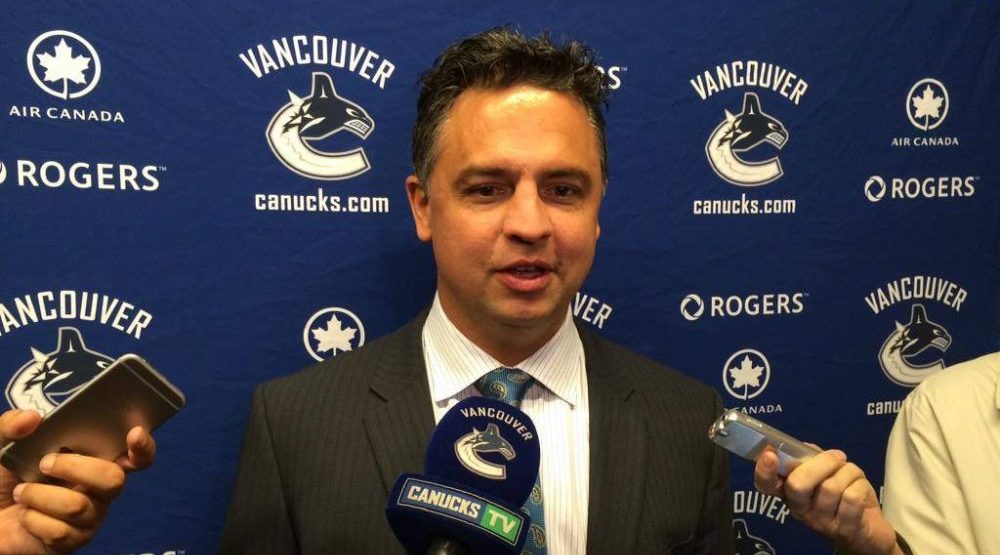 The Vancouver Canucks have found their new head coach, and he’s a name familiar to the organization.

Canucks GM Jim Benning announced on Wednesday that Travis Green is the 19th head coach in franchise history, and will be introduced to the media at Rogers Arena at 11 am.

“Travis is a talented head coach who’s played a key role in the development of our young players through four seasons with the Comets,” said Benning. “He has an intense desire to win and build a team identity that is hardworking, responsible on both ends of the ice and competitive. He has an excellent understanding of where we are as an organization and we’re confident in his ability to help build our team and develop a winning culture. We’re pleased to welcome Travis and his family and we are truly excited about the future.”

The 46-year-old coach from Castlegar, BC is making the move to Vancouver with his wife and three children after four seasons behind the bench of the Utica Comets.

“Travis has done an excellent job over the past four years in Utica and has always impressed us with his commitment, accountability, communication skills, and dedication to excellence,” team president Trevor Linden said in an email to season ticket holders. “He also shares a good understanding of where we are as an organization as we introduce young players and build for the future.”

The only coach the Comets have ever known, Green’s teams combined for a 155-110-39 record in 304 regular season games. Utica’s best season under Green was in 2014-15, when the Comets won the North Division with a 47-20-9 record en route to a Calder Cup Finals appearance.

Apart from his time with the Comets, Green brings experience from the WHL, winning a championship in his only season as head coach of the Portland Winterhawks.

He’ll also draw on his experience as a player. The former two-way centre carved out a 14-season NHL career, recording 455 career points in 970 games with the Islanders, Ducks, Coyotes, Maple Leafs, and Bruins. Green would have learned valuable lessons playing for a couple of coaching legends in Al Arbour (Islanders) and Pat Quinn (Leafs).

#Canucks new head coach Travis Green details his journey to Vancouver, through the WHL and the AHL @UticaComets​. pic.twitter.com/AOCncRTq8b