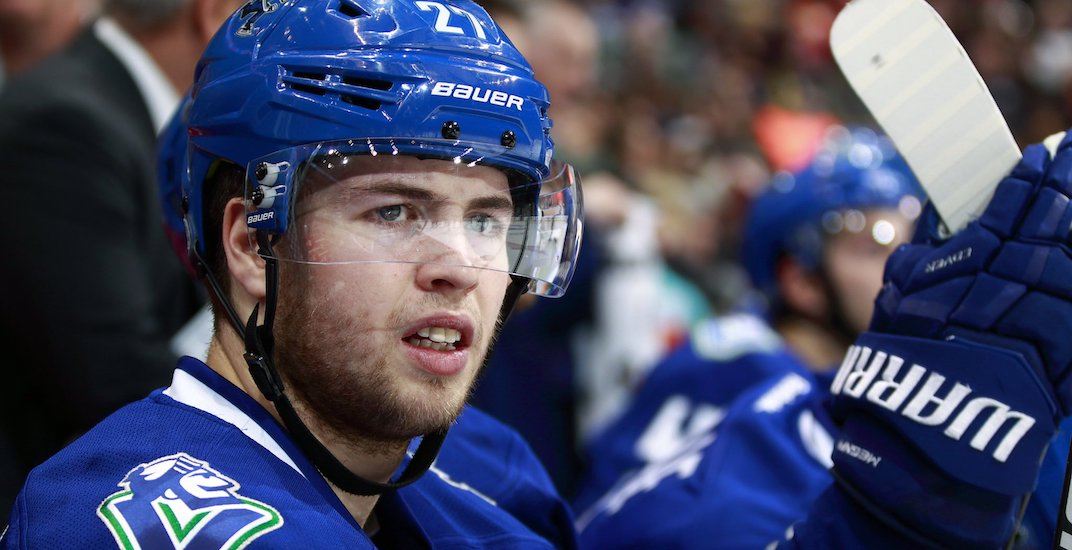 The Vancouver Canucks won’t extend a qualifying offer to defenceman Ben Hutton, according to a pair of reports that surfaced on Monday.

Hutton, 26, is scheduled to become a restricted free agent, but in order to retain his rights, the Canucks need to tender him a qualifying offer by Tuesday. The qualifying offer would require the Canucks offer an extension on his contract, paying him $2.8 million per season.

But that’s not what seems to be worrying the team.

Certainly sounds right now like the #Canucks are leaning towards not qualifying D Ben Hutton. Vancouver could be worried about losing the arbitration case, Hutton is 2nd in minutes played for D. Walk away number for Canucks is 4.4 in arb but Hutton could get 4.2 or 4.3.

Maybe a trade changes things before tomorrow’s deadline, but VAN is not planning to qualify D Ben Hutton. That would make him an unrestricted free agent.

With arbitration rights, Hutton’s salary was going to jump out of VAN’s comfort zone.

The Canucks are reportedly concerned about the money Hutton could be awarded in arbitration.

If Hutton is awarded under $4,397,832 – which is likely – the Canucks would be required to pay whatever the arbitrator rules.

Because Hutton scored 20 points (5-15-20) in 69 games last season, while averaging 22:21 of ice time, the Canucks believe he could be awarded well more than they’d be willing to pay.

Hutton had a bounce-back season in 2018-19, but was in Travis Green’s doghouse the year prior.

With the re-signing of Alex Edler and the emergence of Quinn Hughes, Hutton could find himself further down the depth chart on the left side of the defence next season, with Olli Juolevi still in the pipeline.

Still, giving up an asset – one that you relied on heavily last year – seems like a move that could come back to bite GM Jim Benning. It also seems like a curious move for a team that threw money at fourth liners last summer.

Sportsnet 650’s Rick Dhaliwal, who is well connected with a number of player agents, reports that the Canucks are expected to extend qualifying offers to Nikolay Goldobin, Tyler Motte, and Reid Boucher. Markus Granlund and Derrick Pouliot are not expected to see offers, which would make them free agents.

Dhaliwal has also reports that the Canucks are interested in free agent defencemen Jordie Benn and Patrik Nemeth, as well as UFA forward Gustav Nyquist.