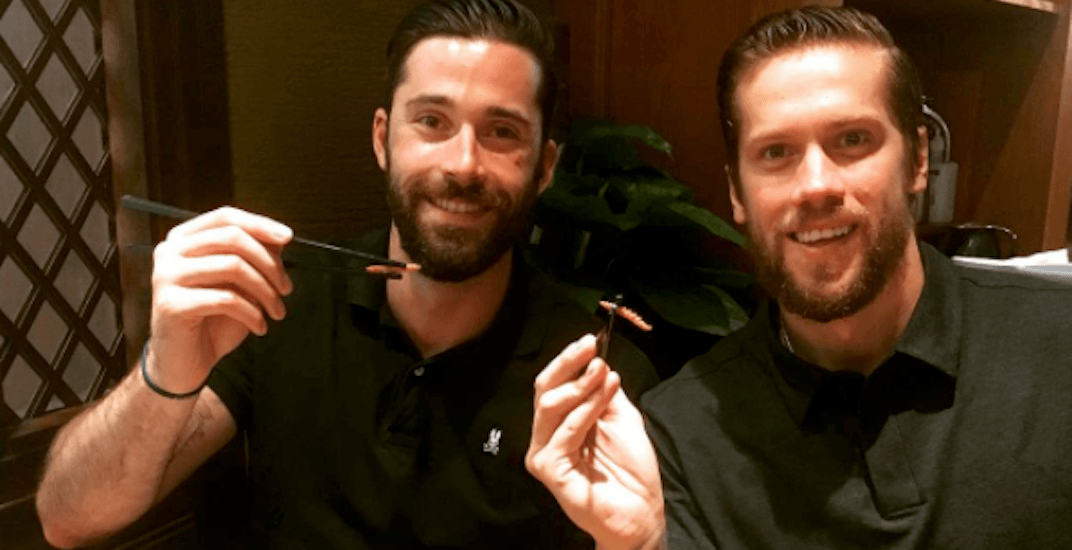 It’s been a cultural experience for the Vancouver Canucks this week.

The team has been in China since Monday, playing a game in Shanghai on Thursday, before moving on to Beijing for Saturday’s game.

For many players, it’s their first time in the country. They’ve been Instagramming up a storm since they arrived. Sightseeing has taken up their time when they haven’t been at the rink, with many players touring the Great Wall of China upon their arrival to Beijing.

But Erik Gudbranson and Jacob Markstrom took it a step further. While in Shanghai, they dove into a daring Chinese culinary experience.

“The adventure with [Erik Gudbranson] continues at a local restaurant, having a delicious maggot buffet,” Markstrom wrote on Instagram.

Both players appeared to enjoy it.

“I was expecting way worse,” Markstrom said. “It’s not bad.”

If you can get over what they’re eating, you must admit, they look pretty good. They look nicely seasoned, and who doesn’t like eating bite sized things?