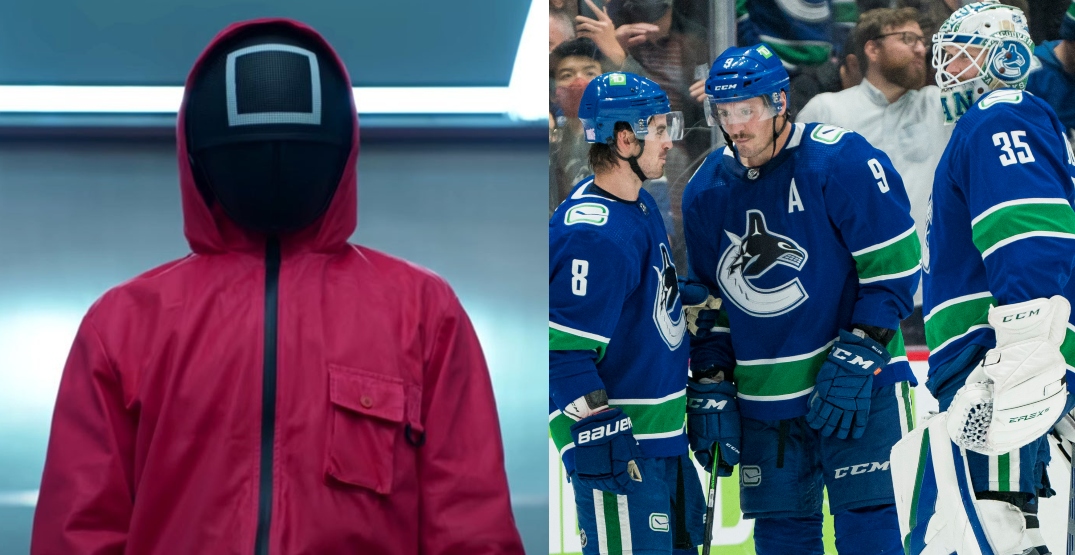 What’s harder to win: Squid Game or the Stanley Cup?

If you ask Vancouver Canucks fans,  you’d probably get a split response.

Hockey might not be a game of life and death, but there are comparable on-ice traits that could help a player bode well in Squid Game. How does a player fare during intense moments? Could emotions get a player into trouble? Is the player prone to making mistakes?

We’ll take all of these into consideration as we take the main characters from the Canucks, and rank them based on their likelihood of winning Squid Game.

There’s not a lot of flash and pizzazz to Tanner Pearson’s game, but there’s dependability and reliability that could bode well for him in a game of life or death. He’s also not afraid to go to the dirty areas to be rewarded.

However, a lack of consistency could hurt Pearson. There’s little margin for error in Squid Game.

With one of the best heads of hair in hockey, there’s a Prince Charming-type aura that makes Brock Boeser look like someone who would emerge victorious.

One thing Prince Charming isn’t known for? A killer instinct.

Tyler Myers is the equivalent of Han Mi-nyeo in Squid Game.

No, that’s not because he can rock a wig well.

Much like Myers in Vancouver, Mi-nyeo begins the series as a villain, but she slowly turns into a hero at the end when she dramatically takes out Jang Deok-su.

Dramatically ending a villain is something Myers can relate to.

Tyler Myers annihilates Duncan Keith and then answers the bell by dropping the gloves #Canucks pic.twitter.com/Ut40dCmv1e

One area where Oliver Ekman-Larsson has a leg up on his Canuck counterparts? He’s used to being in horrid situations.

The Swede spent a decade toiling in Arizona with the Coyotes, who have a reputation for being one of the most dysfunctional franchises in hockey.

Maybe though, the joke is on him, thinking he’s landed in a better situation with the Canucks.

There’s a smoothness to Ekman-Larsson that would help him do well in a number of competitions.

There’s no doubt that Miller shows his anger more than most of his teammates. That outward display of emotion makes him the Canuck most like Deok-su.

Miller might initially seem like a favourite to win, but his intensity could be both a blessing and a curse.

There are a few unheralded wild card characters in Squid Game. That’s what Vasili Podkolzin is to the Canucks.

Podkolzin has flashed his strength and sharpshooting ability early on this season, but the sample size is still small.

The young Russian could surprise.

Tyler Motte’s work ethic is nearly unmatched. The feisty winger has proven on multiple occasions that he can battle through adversity. He also has a knack for showing up clutch.

Elias Pettersson’s above-average intelligence is evident on the ice. Not only is he a wizard with the puck, but he’s also been one of the best at drawing penalties in the league. That ability to force your opponents into mistakes also helps his cause.

The 5-foot-9, 190-pound Swede is built like a fire hydrant. There’s enough strength and skill with Nils Höglander that might make you think  “hey, this guy could win it all.”

Quinn Hughes is undoubtedly one of the shiftiest skaters in the NHL.

Miller also described Hughes as “not having a pulse,” back in 2020. That type of calm under pressure attitude bodes well for his chances.

His quickness and agility leave him as the front-runner to win a game like “Red Light, Green Light.” However, Hughes has shown that he can be outmuscled, which would hurt him in games like “Tug of War.”

Not only is Conor Garland shifty, but he’s also extremely feisty for his size.

One of the newest Canucks is also one of their most creative players offensively. That creativity would have him winning the marbles game before everyone else. He would empty his opponent’s marble bag before they could say “Scituate.”

The Canucks captain has a number of attributes that would help him win Squid Game. Bo Horvat’s got strength, consistency, and a knack for showing up in big moments.

If anything, his “nice guy” demeanour might be his biggest downfall, although that didn’t stop Gi-Hun from emerging victories.

Is there any other Canuck who you’d trust to show up in a clutch moment?

Thatcher Demko is playing with absolute ice in his veins to start the season. He’s already saved the Canucks’ bacon on a number of occasions.

In the biggest games of his life, Demko performed his best. That was in the 2020 bubble playoffs where the San Diego native almost single-handedly carried the Canucks to the Conference Finals.

While he might have more naturally talented teammates, there’s no one more likely to come up big in a dire situation than the Canucks’ netminder.