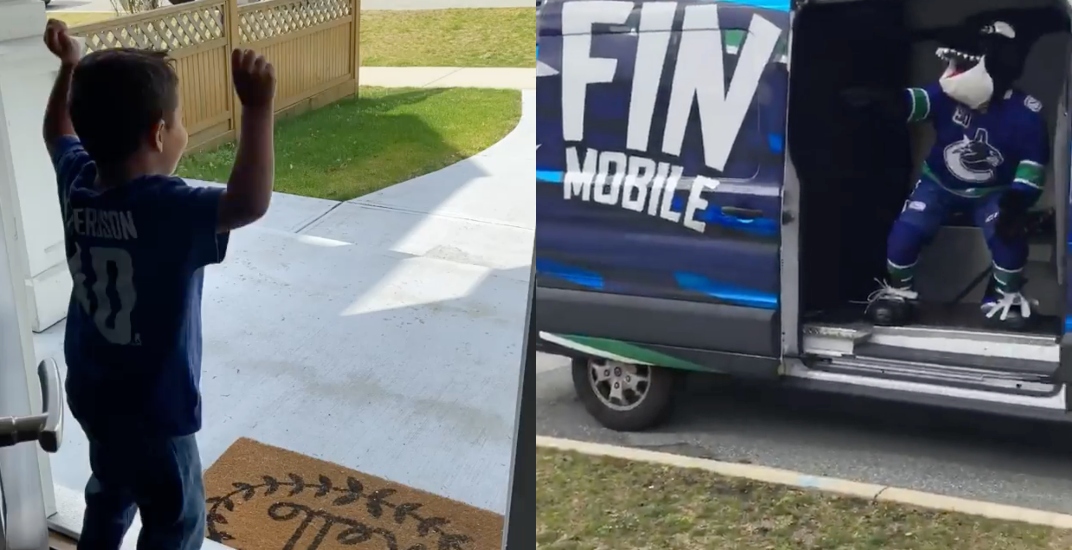 Fin is taking his show on the road.

Hopping in the “Fin Mobile,” the Vancouver Canucks mascot surprised a five-year-old fan on his birthday.

“Did a drive by birthday visit to five-year-old Noah, who had to cancel his birthday party in respect to [social distancing] — he was devastated — being unable to enjoy with his friends so thought I’d cheer him up,” Fin said on Instagram.

The excited youngster couldn’t believe his eyes when he looked out his front door and saw Fin outside. Already wearing an Elias Pettersson T-shirt, the cute kid said, “Better go get ready,” before running to get his Canucks hat to complete his outfit.

That’s when music began to blare from the Fin Mobile, ensuring Noah would have a birthday to remember — social distancing and all.