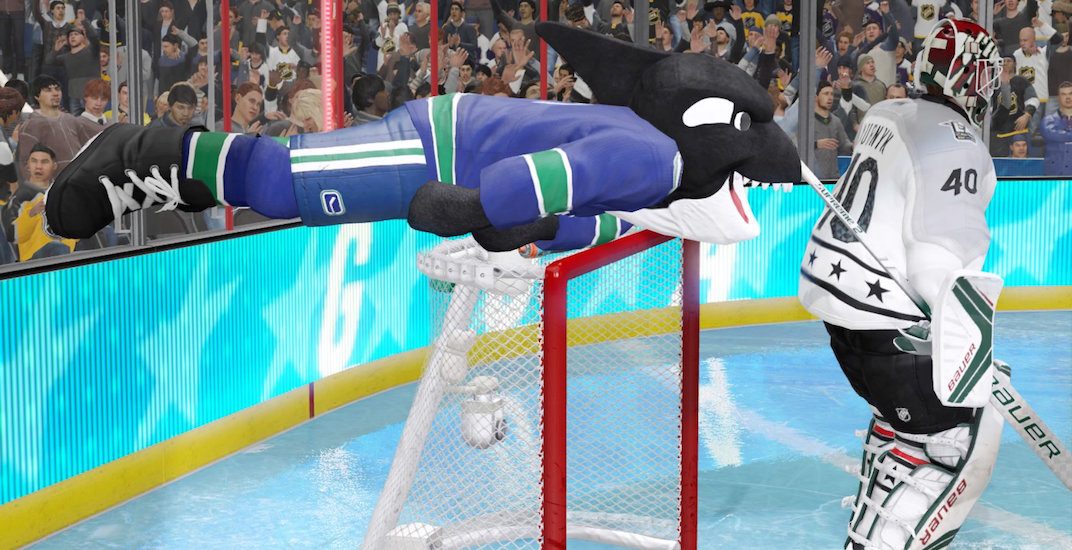 Who knew Fin had that kind of core strength?

Twitter user @Goatzilla uncovered a hilarious glitch in EA’s new video game, NHL 18. After scoring a goal, Fin, the Canucks mascot, drops his stick before leaping up onto the top of the net in perfect plank position.

EA recently added a feature where gamers could play as a mascot during 3-on-3 play in their insanely popular NHL series.

They were given hilarious video profiles too. The video gives us a glimpse of what Fin’s celebration was supposed to look like.

Fin is listed as a ‘playmaker’ in NHL 18, and he’s described as one of the craftiest mascots in the league. Certainly, he has the craftiest celly.

If you’re wondering what Fin is up to in real life, he’s joined the team in Shanghai, where the Canucks are preparing to play a pair of preseason games against the LA Kings.

Saw this sign near the arena and looking closer saw the whale picture. Means whale statue or whale of honour #FINinChina #NHLinChina pic.twitter.com/SIxRs3IZUM

Arrived in Shanghai today and have a special edition card. A fun week here with 2 games against @LAKings and seeing @BaileyLAKings pic.twitter.com/9clQnqKGt2