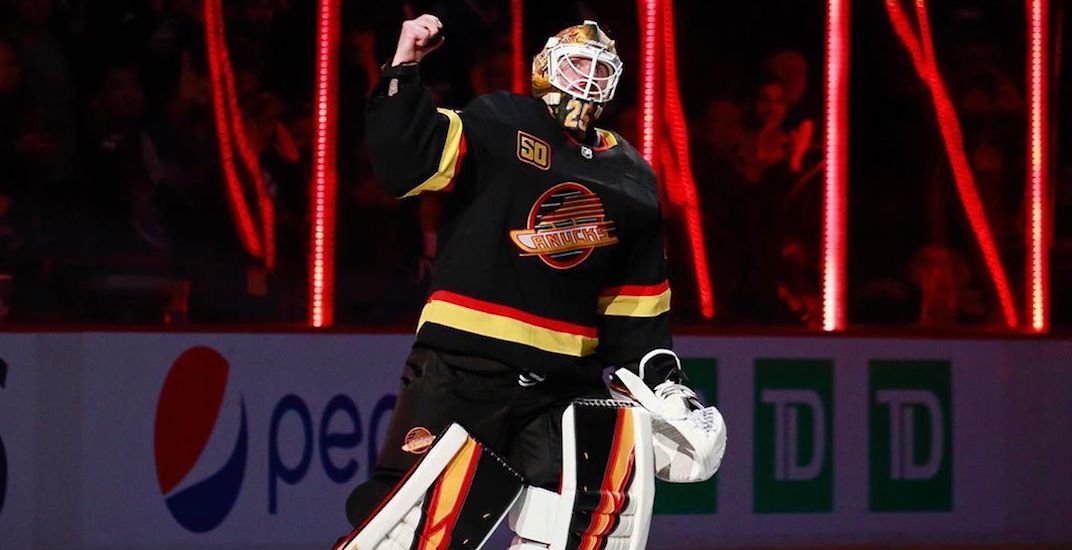 That was the day Gillis, who was weeks away from getting fired as president and general manager of the Vancouver Canucks, traded Roberto Luongo.

The trade came just two days after then-head coach John Tortorella benched Luongo in favour of Eddie Lack for the Heritage Classic at BC Place, and eight months after Gillis shocked everyone by trading Cory Schneider to the New Jersey Devils at the 2013 NHL Draft.

So after a years-long saga of wondering which star goalie the Canucks would keep, now, the answer was neither.

The return, in both trades, was laughable in the eyes of many.

Check out the replies to this announcement:

This article is not meant to shame anyone for their opinion at the time — because the outrage was certainly understandable.

Even the biggest Gillis supporter would have agreed he bungled the goaltending situation.

But now, nearly six years after the Luongo trade, both deals are looking pretty darn good for the Canucks. Both Luongo (retired) and Schneider (sent to the minors) are out of the National Hockey League.

To summarize, Schneider & Luongo were traded for a 1st round pick (Bo Horvat), Jacob Markstrom and (reportedly) Shawn Matthias #cantmakeitup

Meanwhile, two of the players Gillis received in return have panned out exceedingly well.

The Canucks received a first-round pick in exchange for Schneider, which they used to take Bo Horvat.

Jacob Markstrom and Shawn Matthias were acquired for Luongo.

It should be pointed out that Luongo and Schneider did provide value to the teams they were traded to. Luongo put together the fifth-best cumulative save percentage (.921) among NHL goalies with at least 100 games played between 2014 and 2018. Schneider’s play dropped off sooner than Luongo’s, but he had the second-best cumulative save percentage in his first three seasons with the Devils (2013 to 2016).

Certainly, neither trade looked good when Luongo and Schneider shared the net at the 2016 NHL All-Star Game.

Luongo and Schneider argue over the net “like the good old days” #Canucks #nhlallstar pic.twitter.com/sXTkrCDmKW

But where would the Canucks be now without Horvat and Markstrom? No other players acquired through the trade route, with the possible exception of J.T. Miller, have contributed more to the Canucks’ success this season.

The fact that the Canucks won the Horvat deal is nothing new — we declared this more than two years ago. But the Luongo trade? Well, that’s a relatively fresh revelation.

It didn’t start out well for Markstrom in Vancouver, as Tortorella refused to give him a start for over a month after the trade. The next season, Markstrom cleared waivers and was sent to the Utica Comets.

From that moment on, Markstrom’s stock has risen. He led the Comets to the Calder Cup Final in 2015, then served as a reliable backup to Ryan Miller in Vancouver for two seasons before taking over as the Canucks’ starter in 2017.

But it wasn’t until the midpoint of last season that Markstrom began playing like a top-tier NHL goalie. He was voted team MVP by the fans, and is in the running for that award again this season.