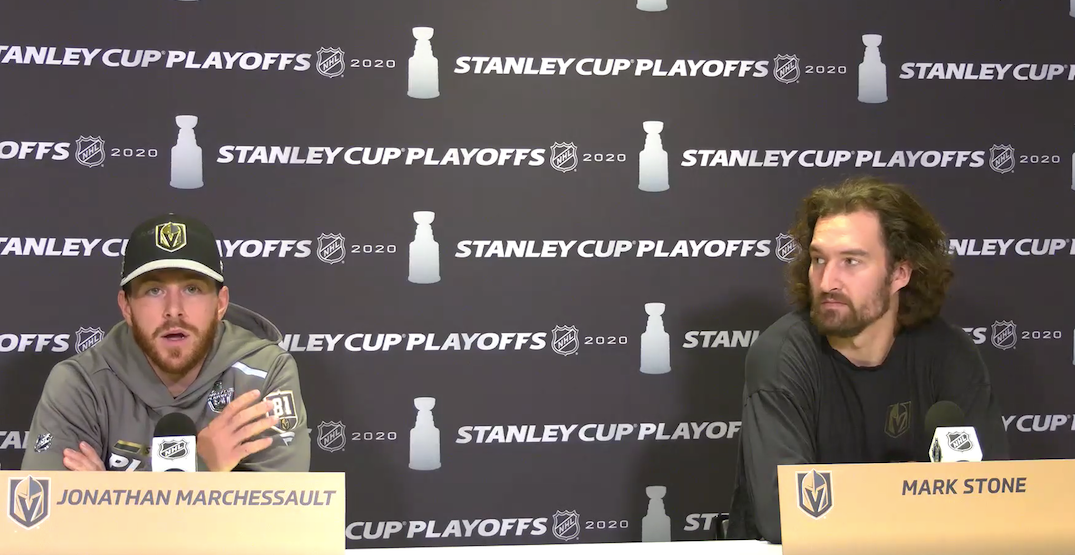 Jonathan Marchessault began today’s media availability with an apology, prior to taking questions from reporters.

The Vegas Golden Knights star forward got into it with Canucks fans on social media following Vancouver’s 5-2 win on Tuesday.

Fans commented on Marchessault’s personal Instagram account, calling him out for what looked to be embellishment on a hook by Canucks forward JT Miller.

Comments like “Do you play soccer?” and “Stop diving” were met with fury from Marchessault, who called one user and his dog “ugly.” The 29-year-old NHL star also used vulgar language towards at least two other fans.

The inappropriate comments have since been deleted and commenting in general has been disabled on Marchessault’s page.

“I just wanted to apologize sincerely,” Marchessault said today. “I think it was childish, it was immature, not professional. I want to say I’m sorry and it won’t happen again. I learned from it and honestly I’m just here to help my team win games here. So hopefully we can move on.”

Marchessault said he was not only frustrated from the result of the game but also that he’s sensitive about receiving comments on family pictures. Fans were commenting on his most recent photo, which happened to be of him and his wife for their wedding anniversary last month.

“I was frustrated from the game obviously. Also, I get sensitive when people comment like family pictures and stuff like that. It kind of got the best of me,” Marchessault added. “But there’s no excuse. I should not get involved with that. I sincerely apologize for my comments like I said earlier. I regret it and I apologize.”

“He addressed it for what it was. For me, it’s over with.”

There’s a lot of noise coming out of the Golden Knights lately, as Marc-Andre Fleury had to answer uncomfortable questions this weekend after his agent tweeted out a now infamous image.